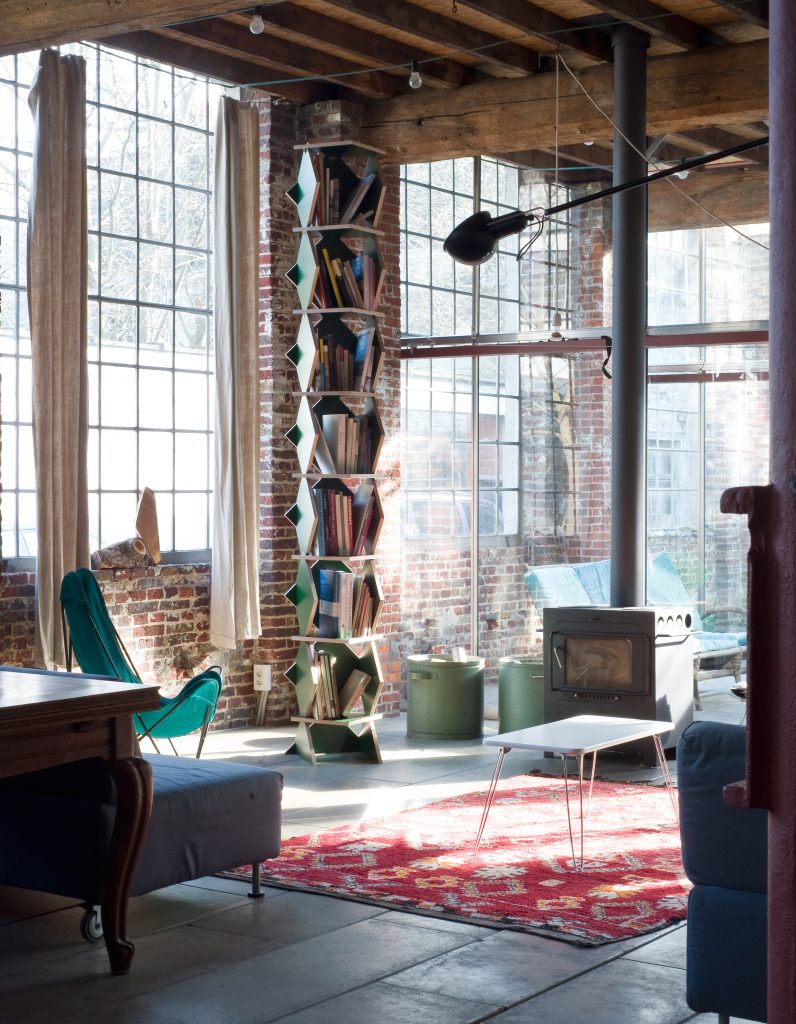 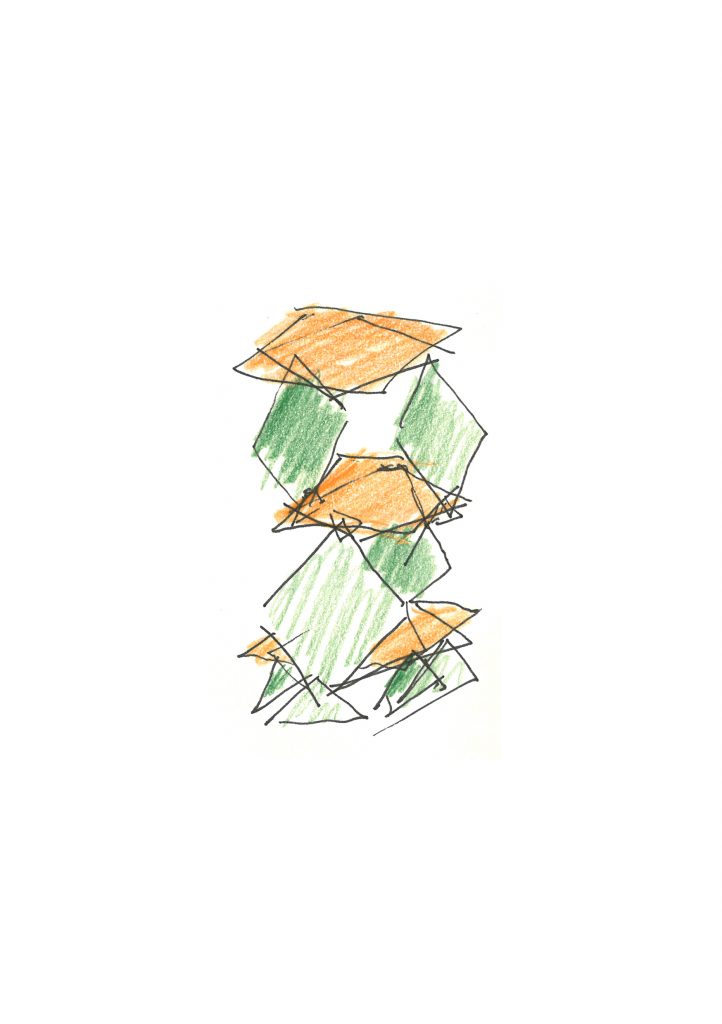 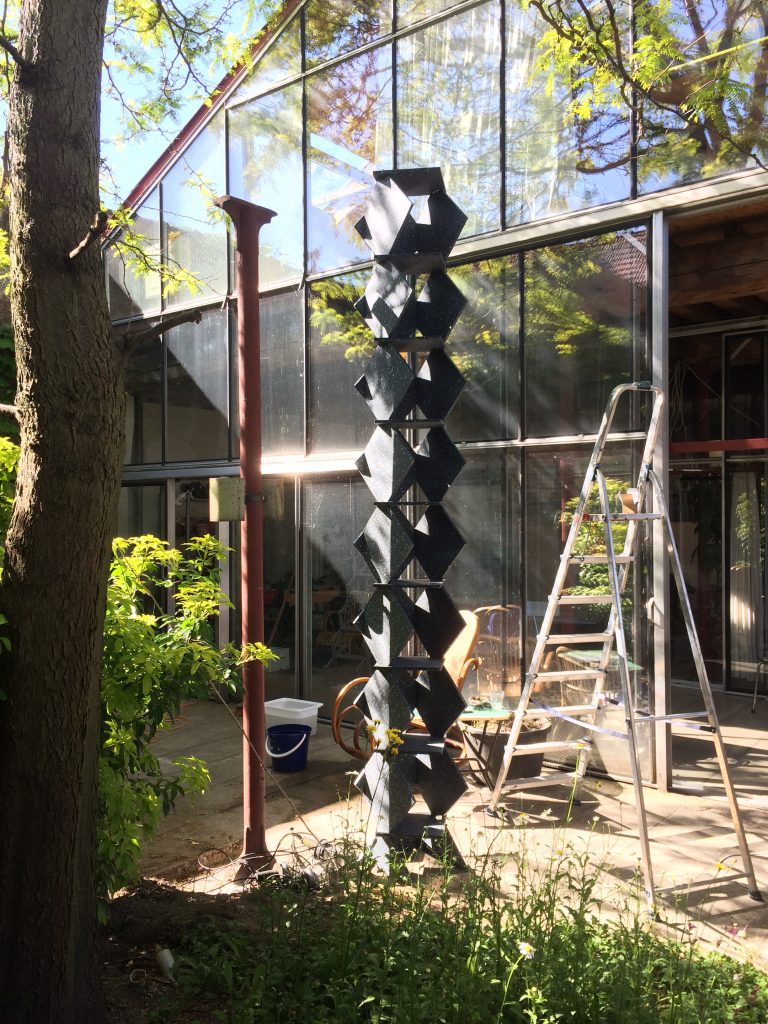 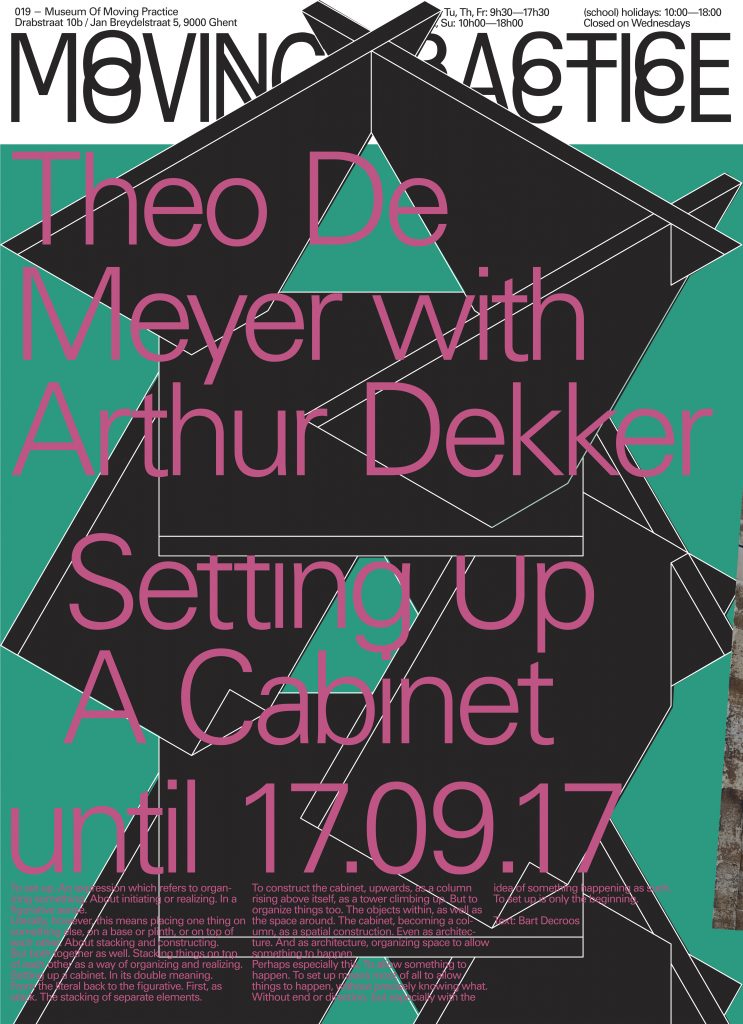 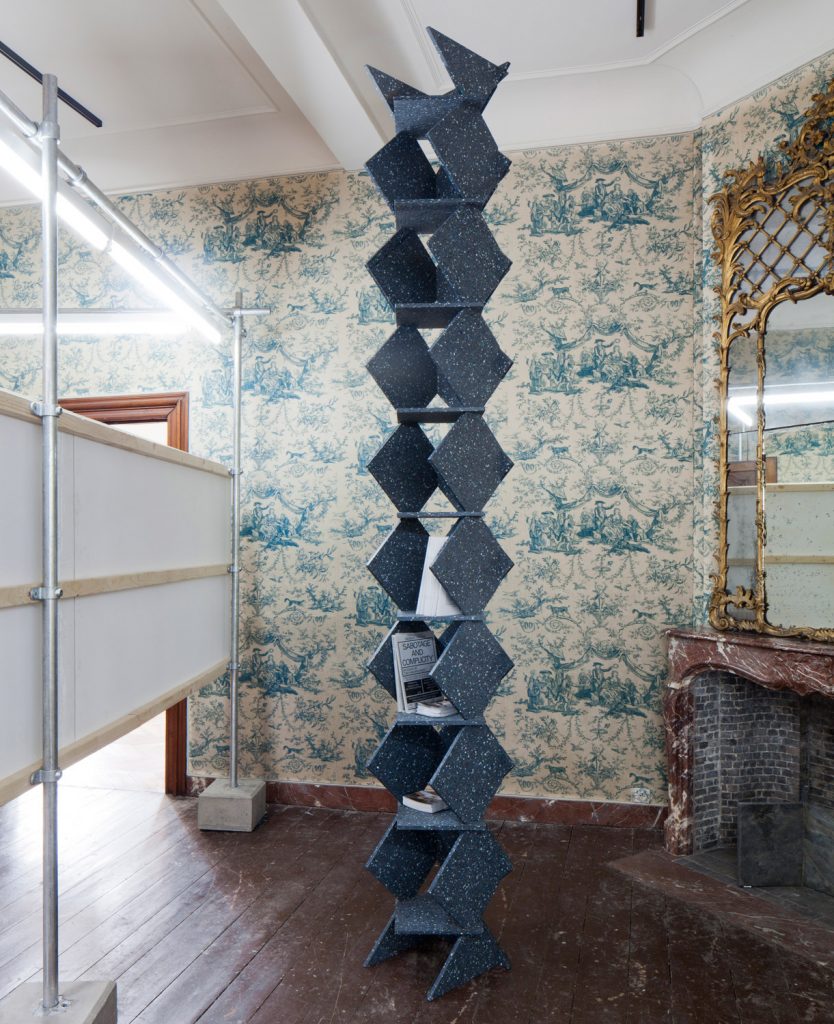 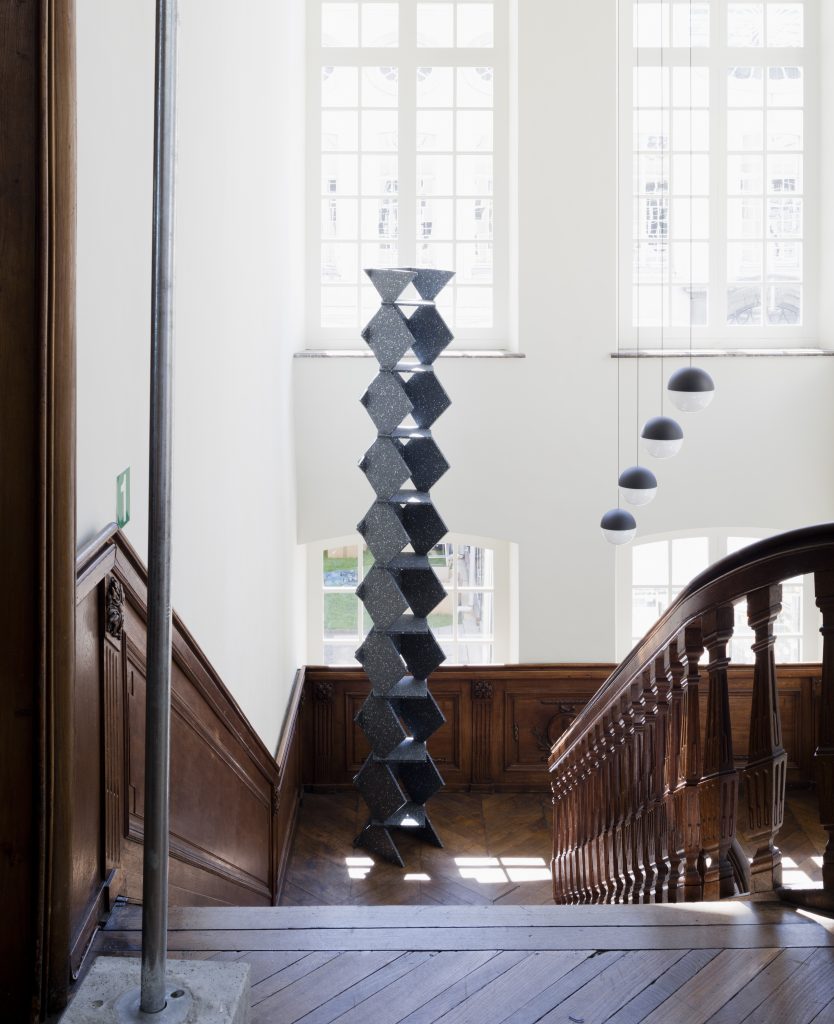 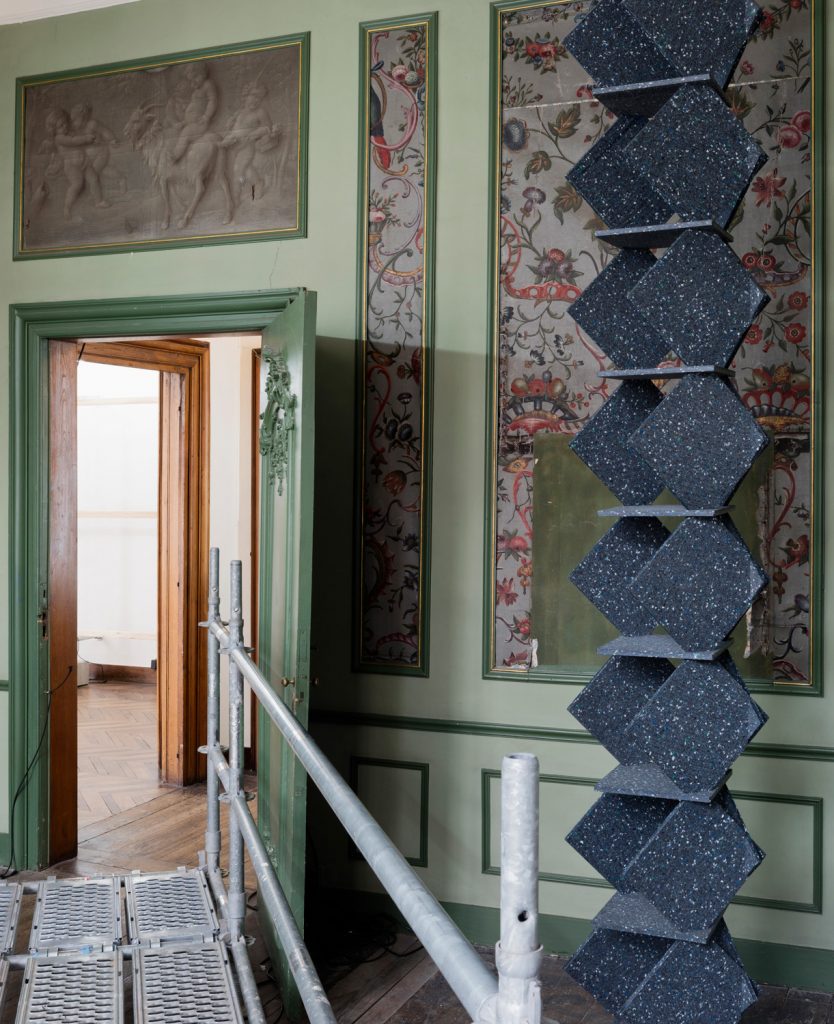 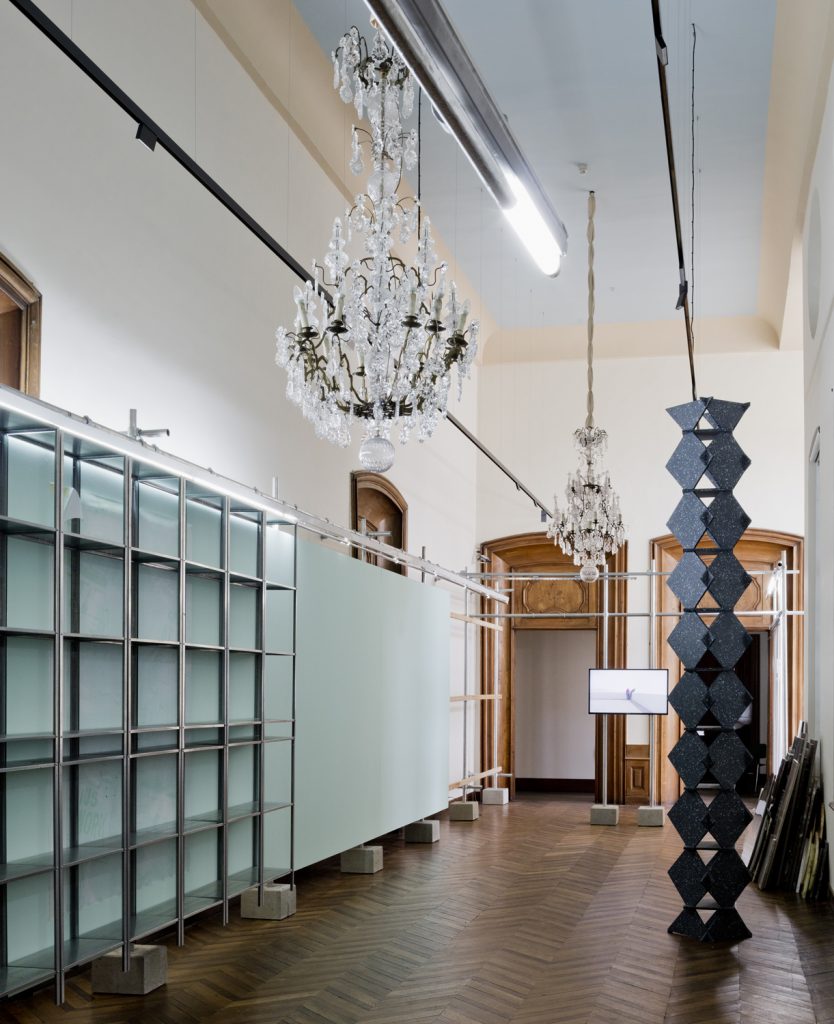 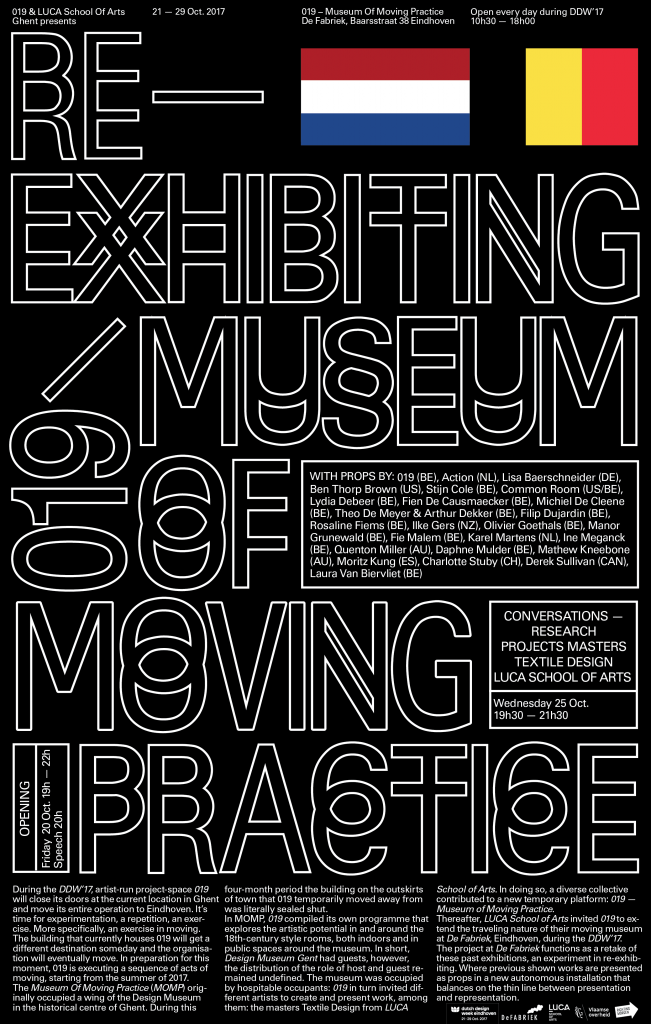 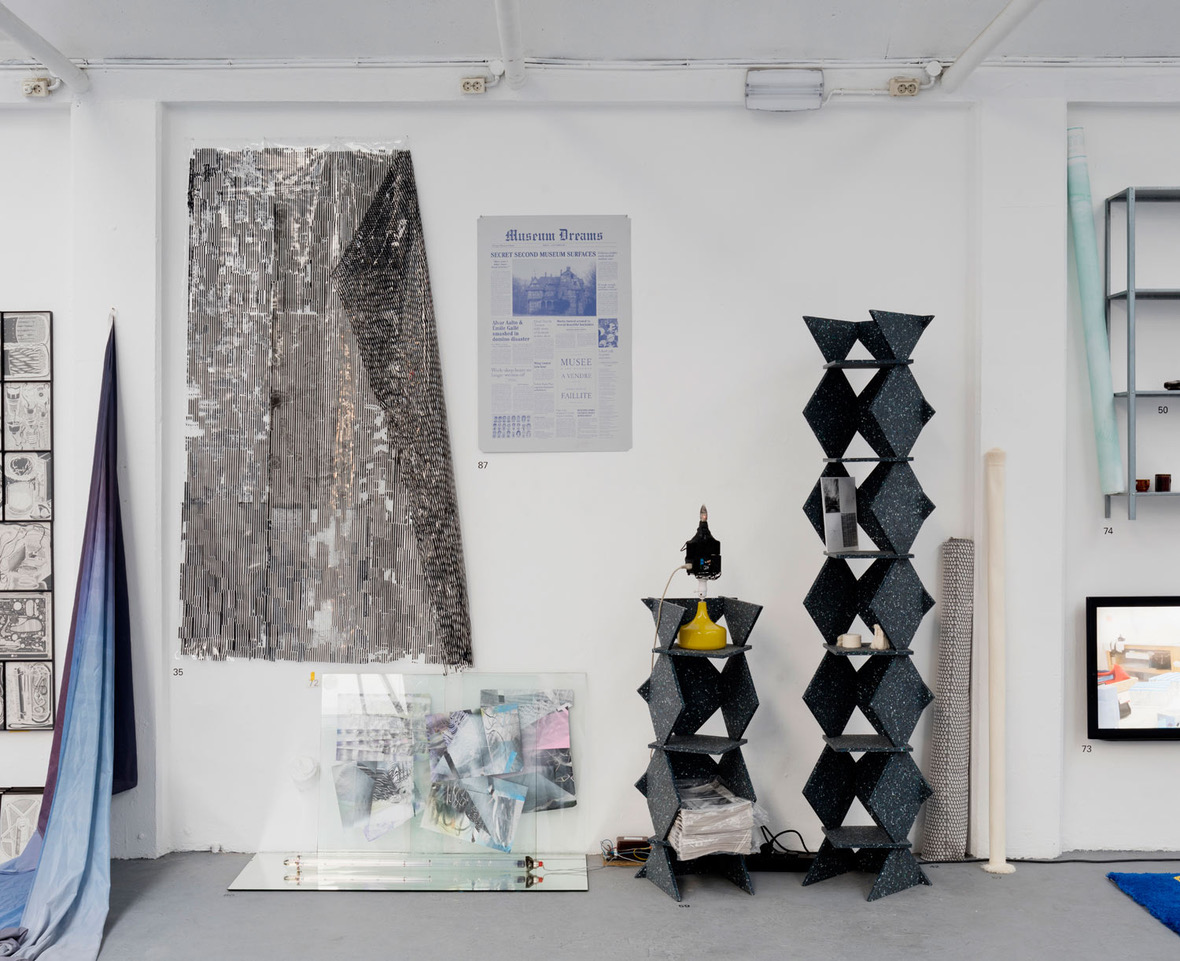 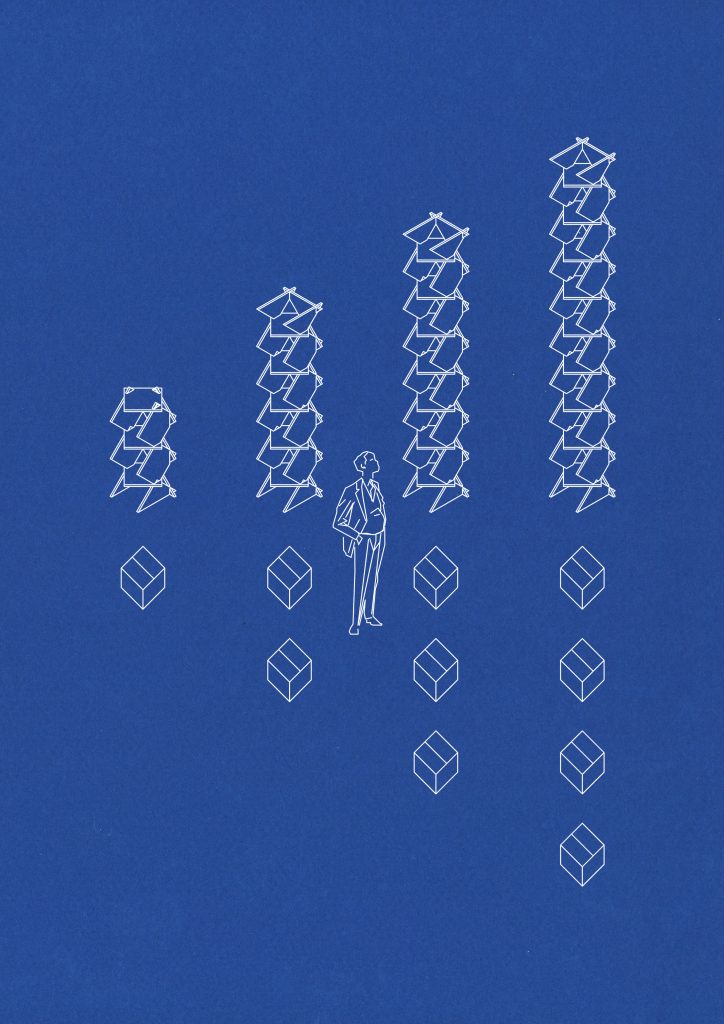 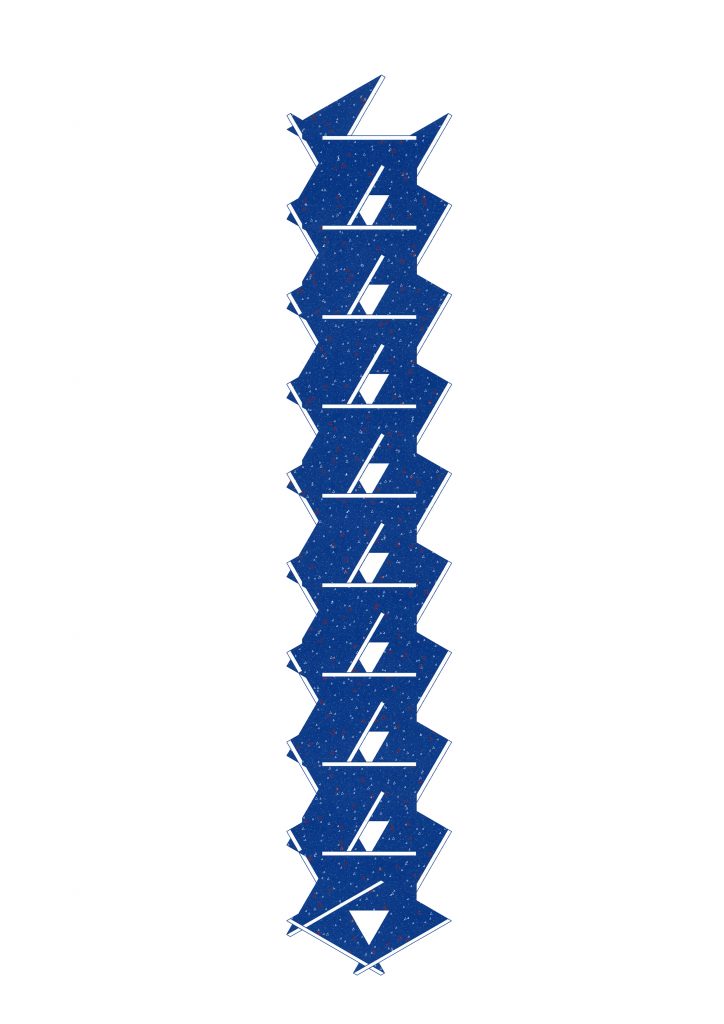 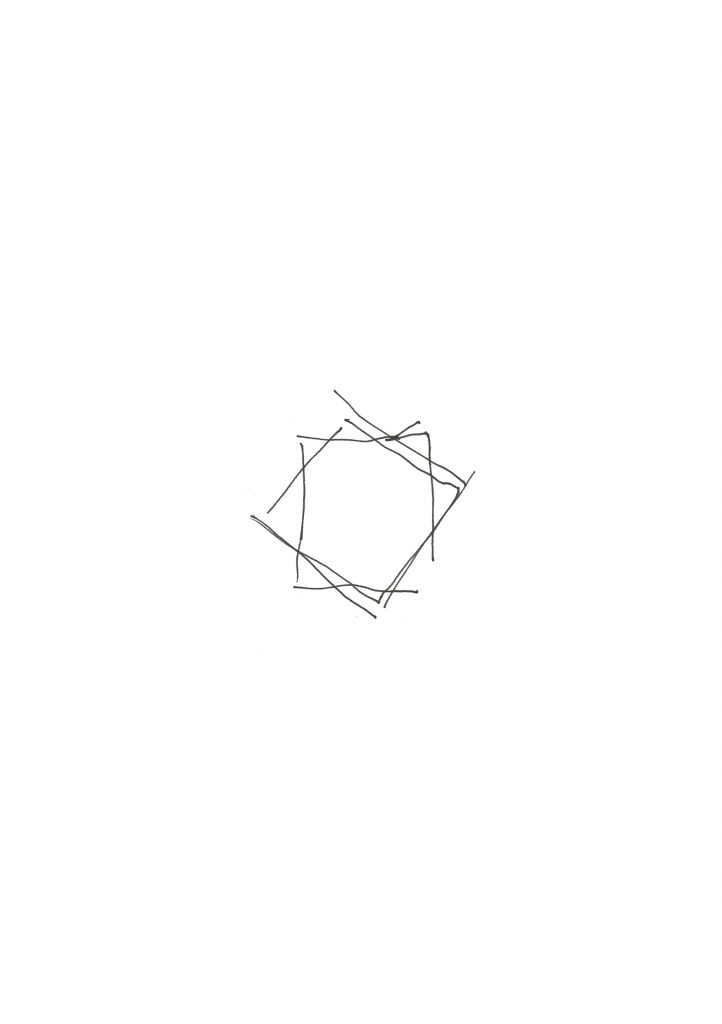 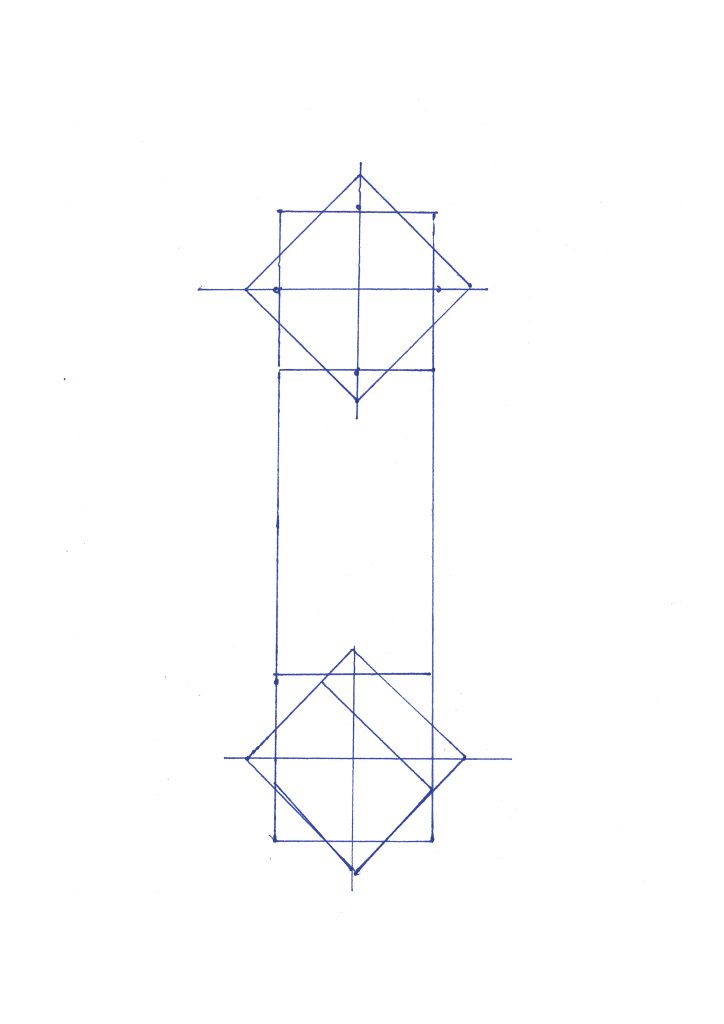 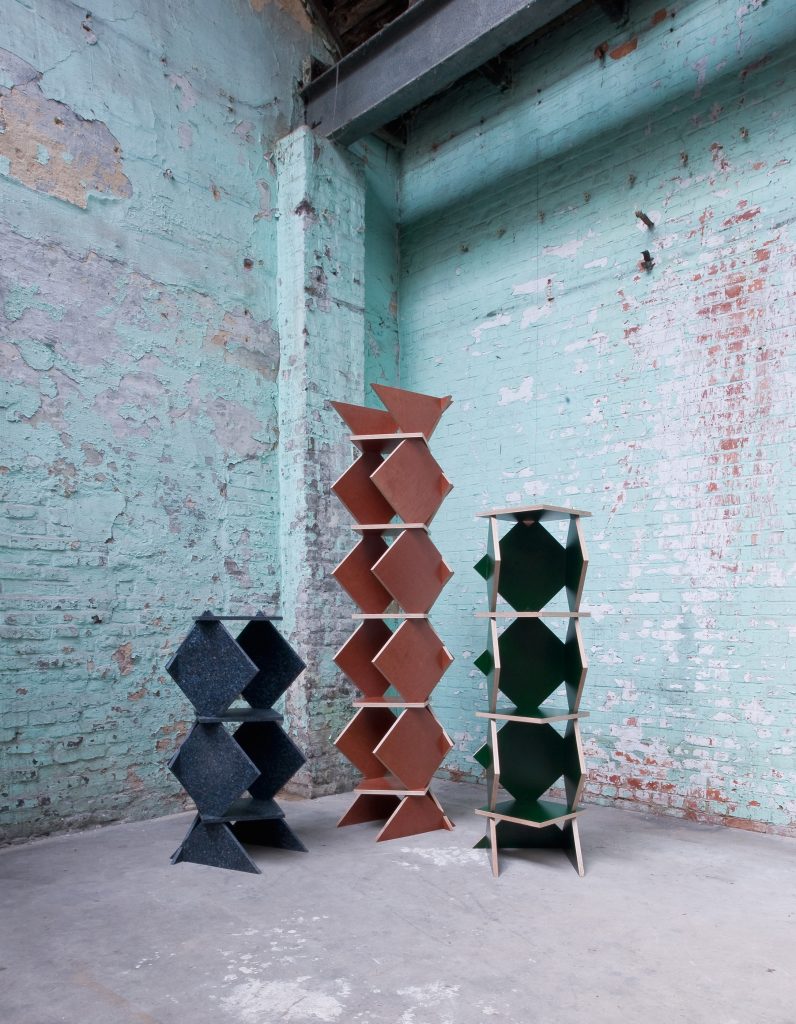 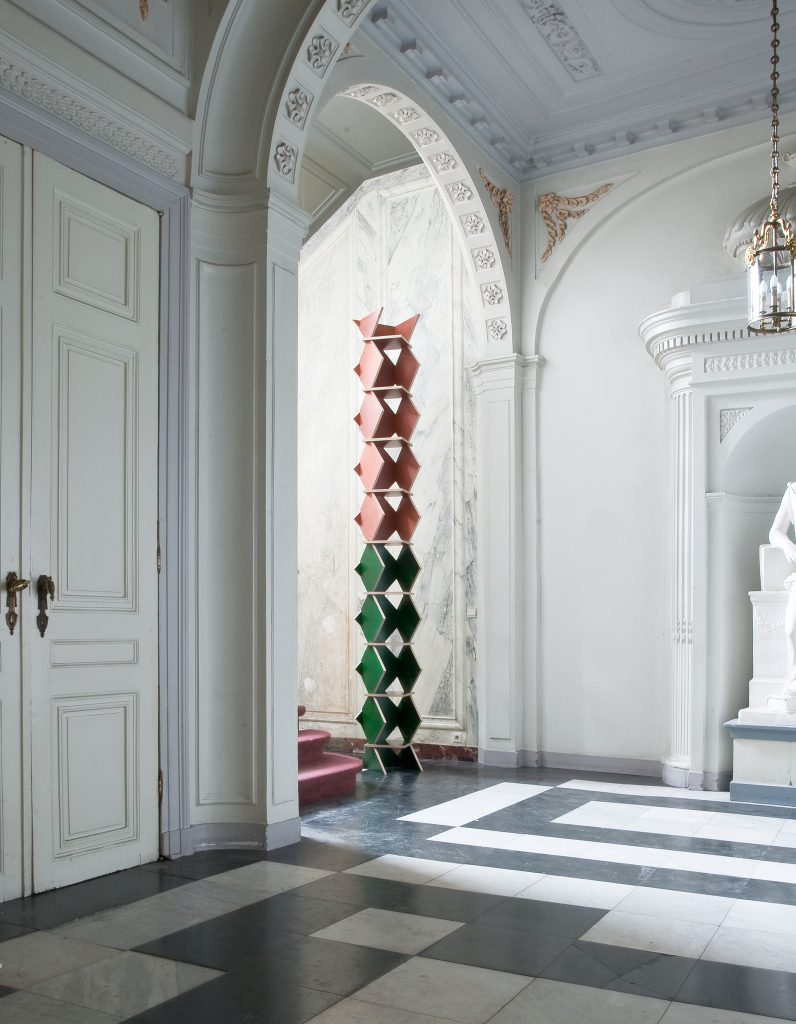 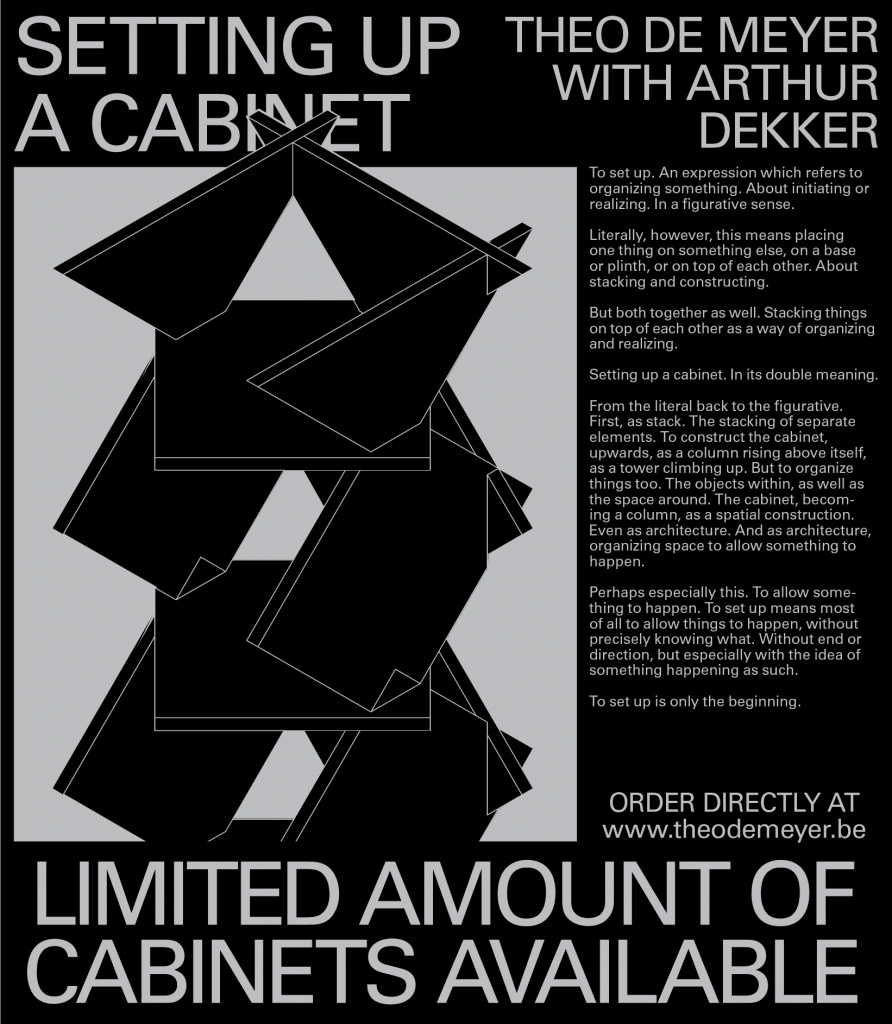 SETTING UP A CABINET: THEO DE MEYER WITH ARTHUR DEKKER
Setting up a cabinet

To set up. An expression which refers to organizing something. About initiating or realizing. In a figurative sense.

Literally, however, this means placing one thing on something else, on a base or plinth, or on top of each other.
About stacking and constructing.

But both together as well.
Stacking things on top of each other as a way of organizing and realizing.

Setting up a cabinet.
In its double meaning.

From the literal back to the figurative.
First, as stack. The stacking of separate elements.
To construct the cabinet, upwards, as a column rising above itself, as a tower climbing up.
But to organize things too.
The objects within, as well as the space around.
The cabinet, becoming a column, as a spatial construction.
Even as architecture. And as architecture, organizing space to allow something to happen.

Perhaps especially this.
To allow something to happen.
To set up means most of all to allow things to happen, without precisely knowing what.
Without end or direction, but especially with the idea of something happening as such.

To set up is only the beginning.