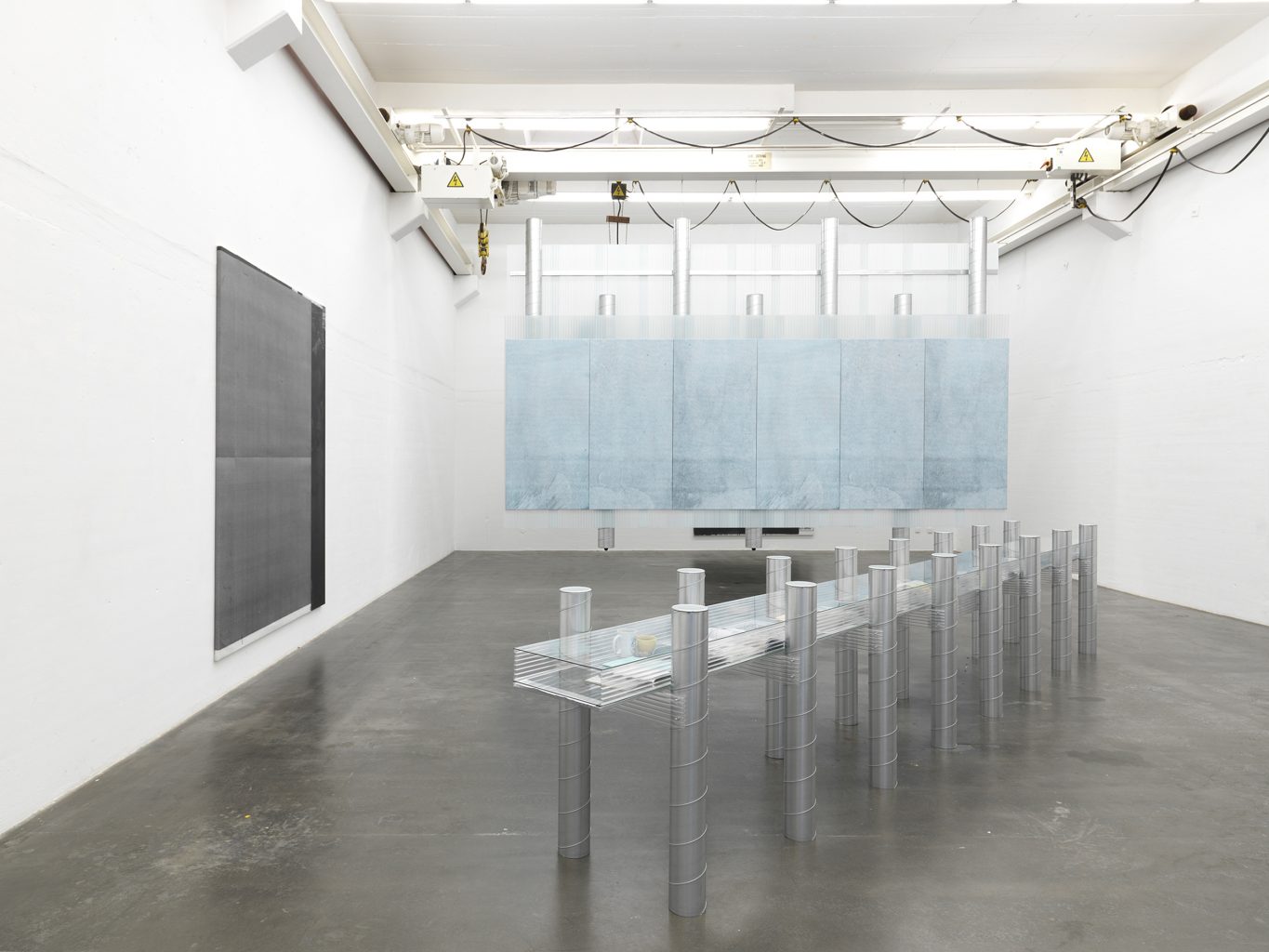 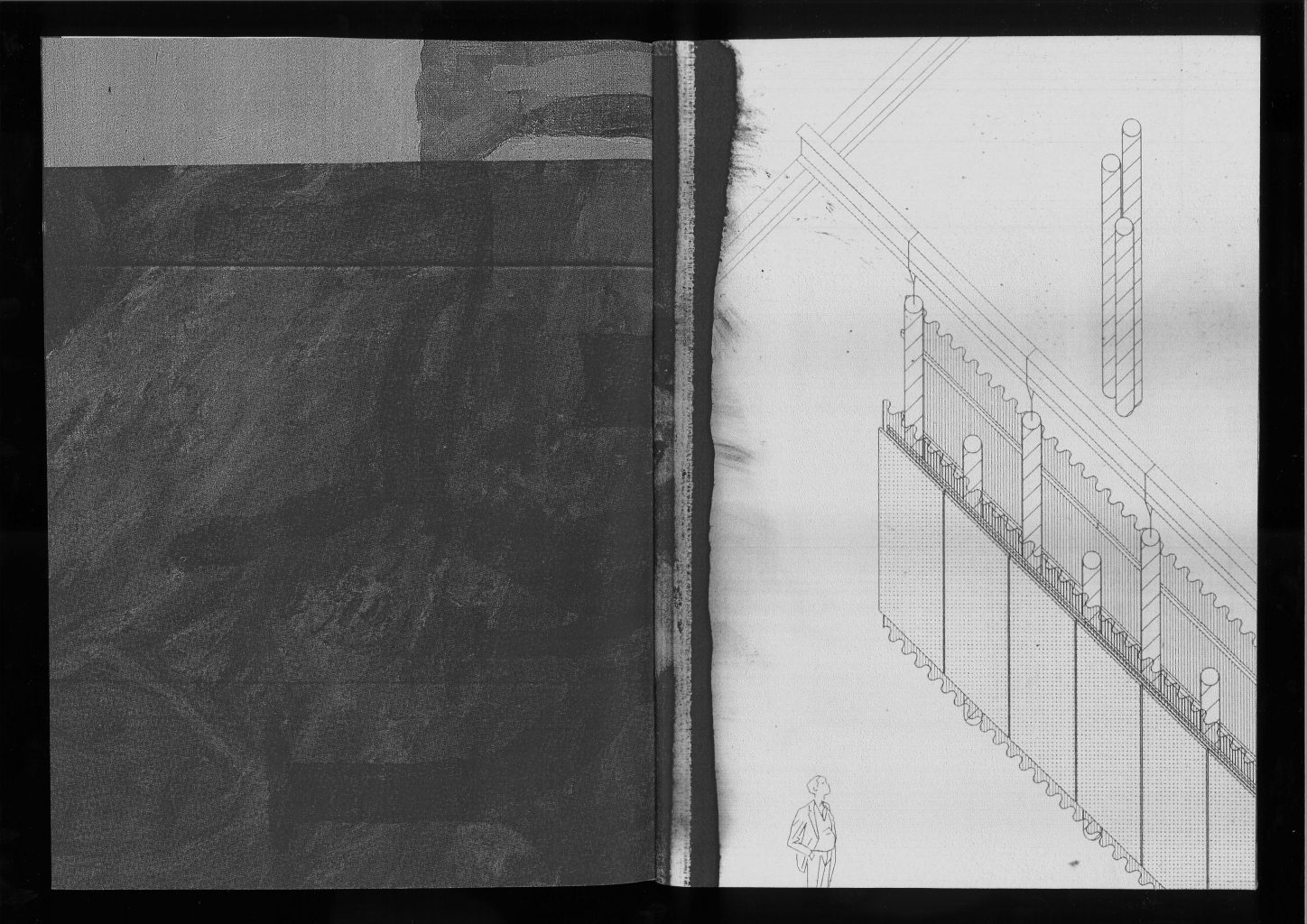 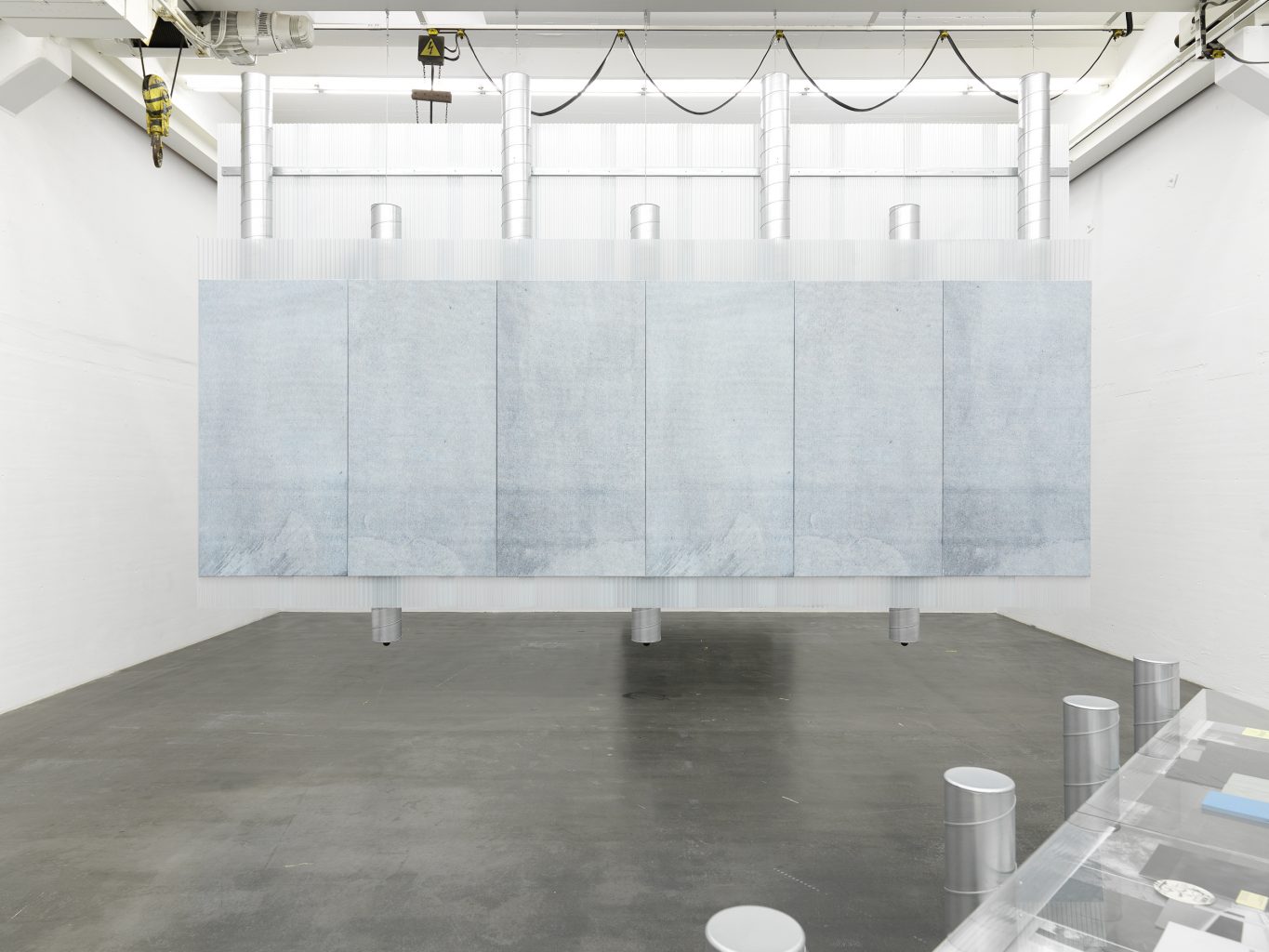 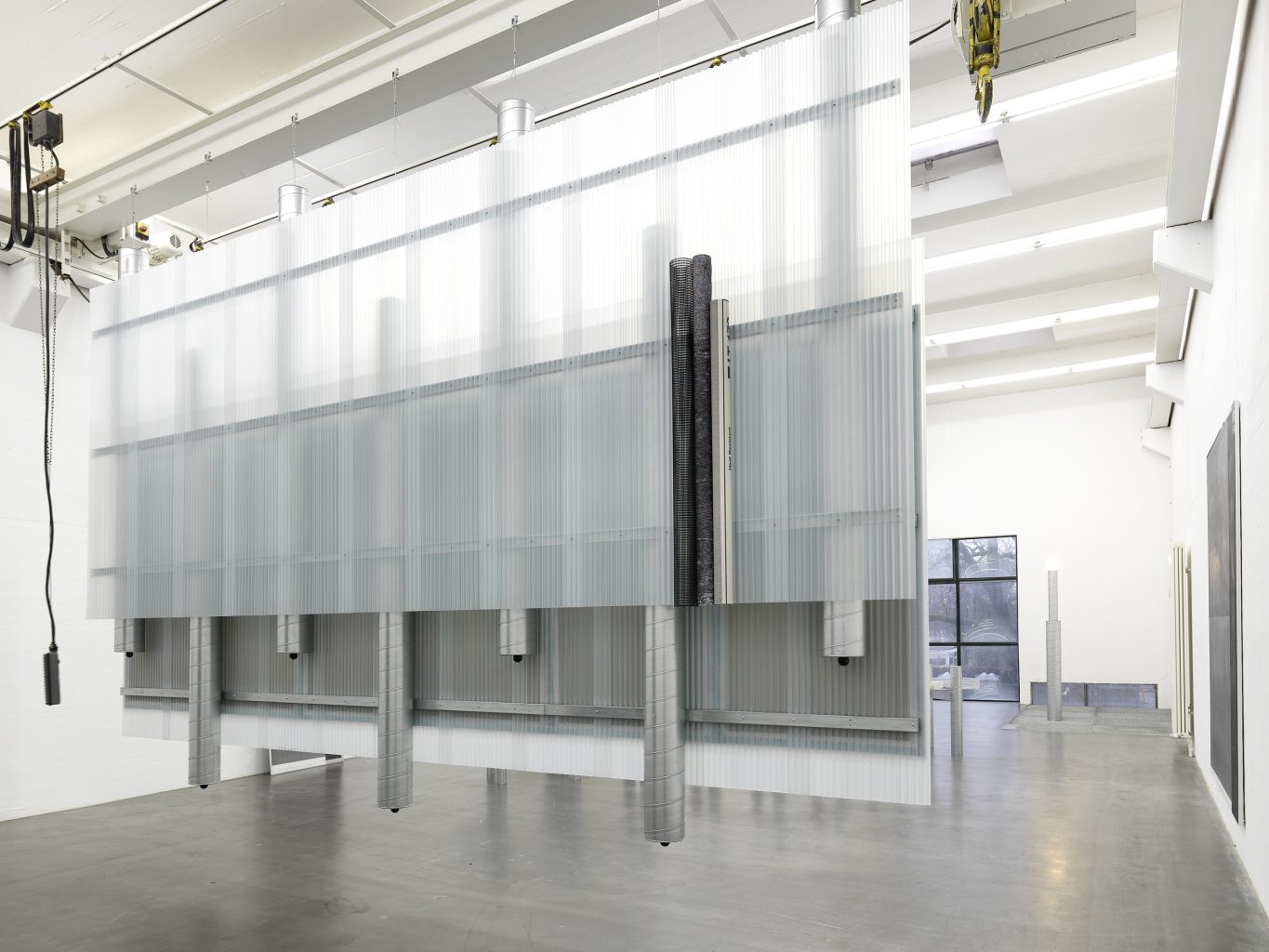 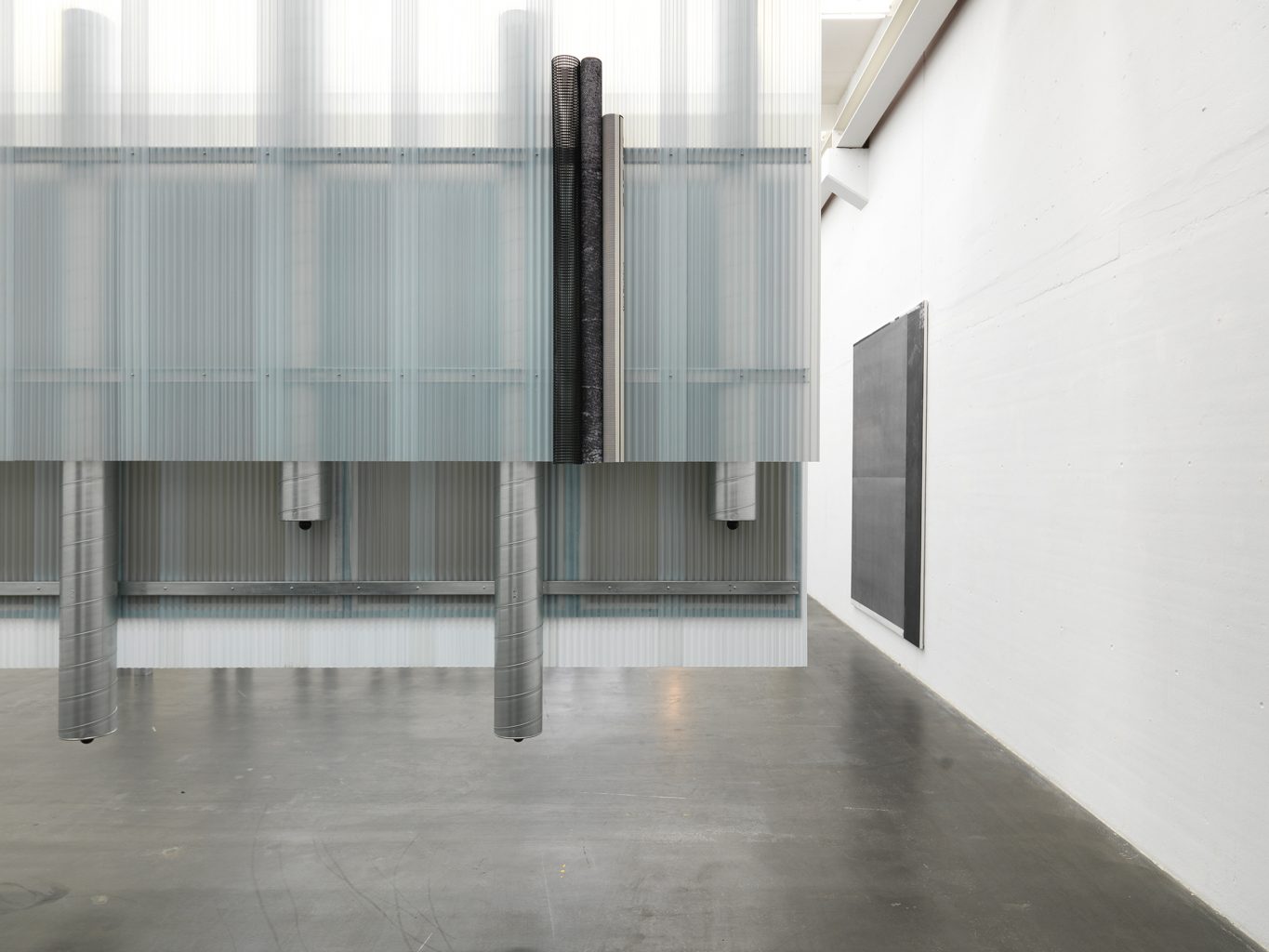 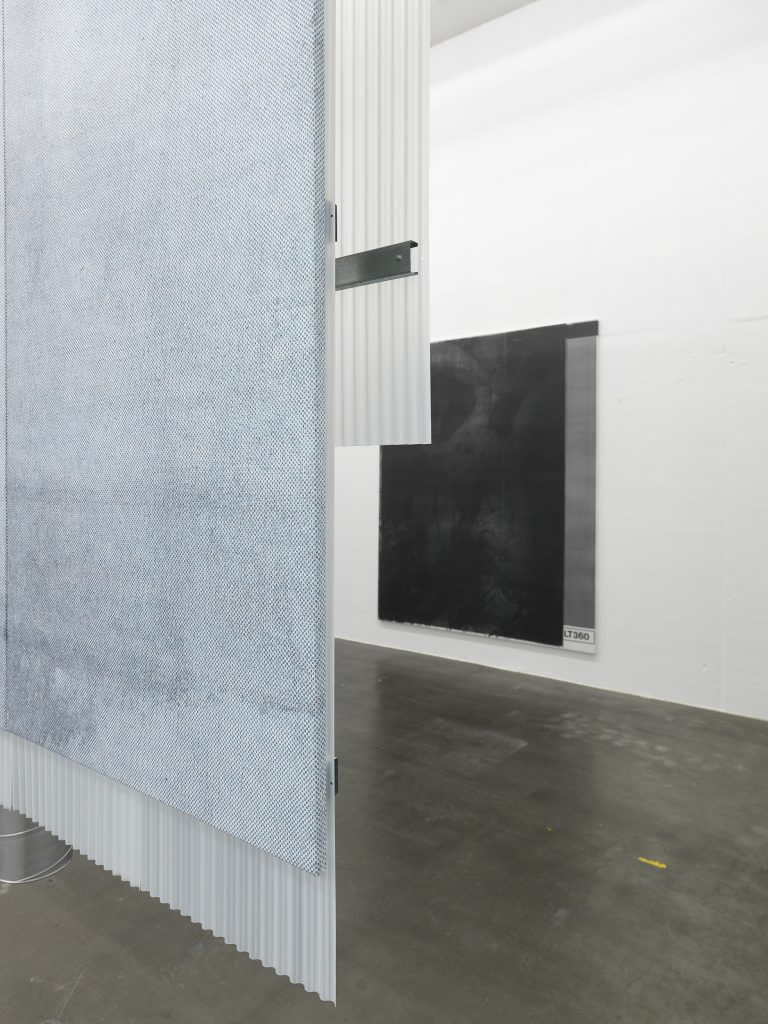 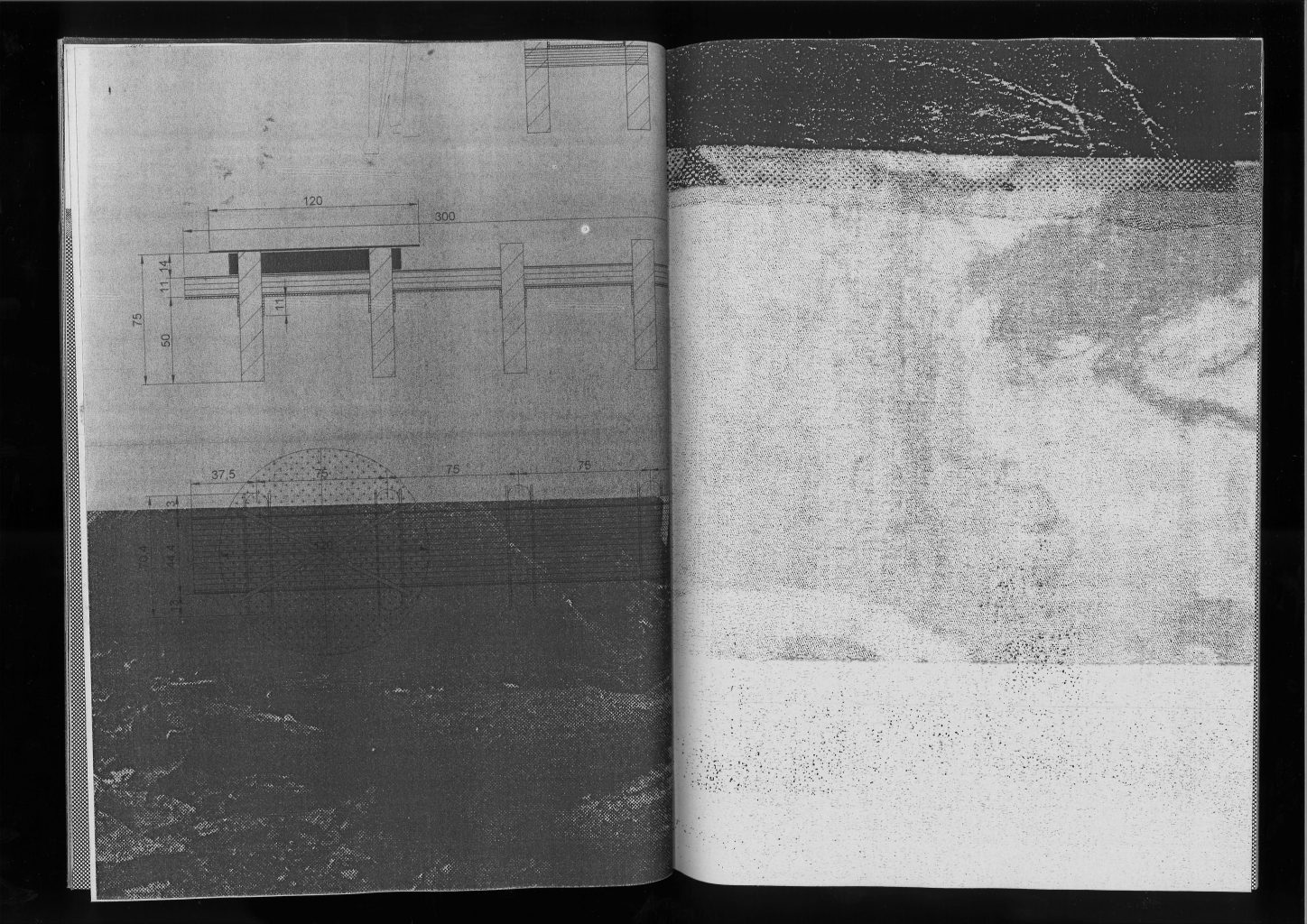 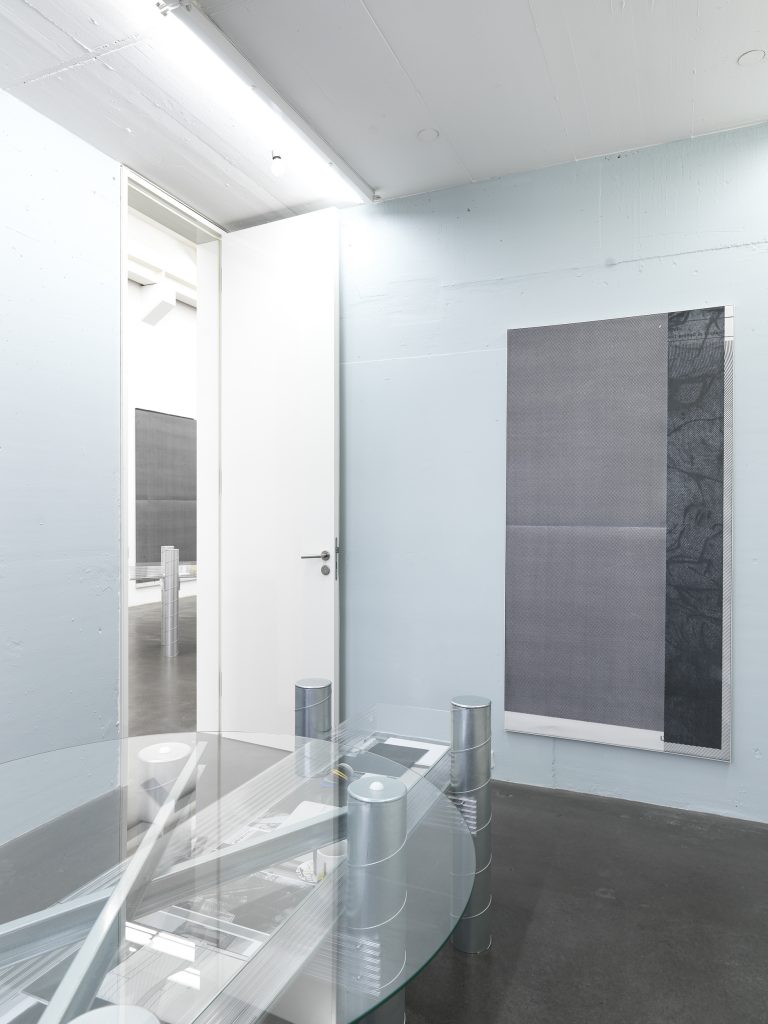 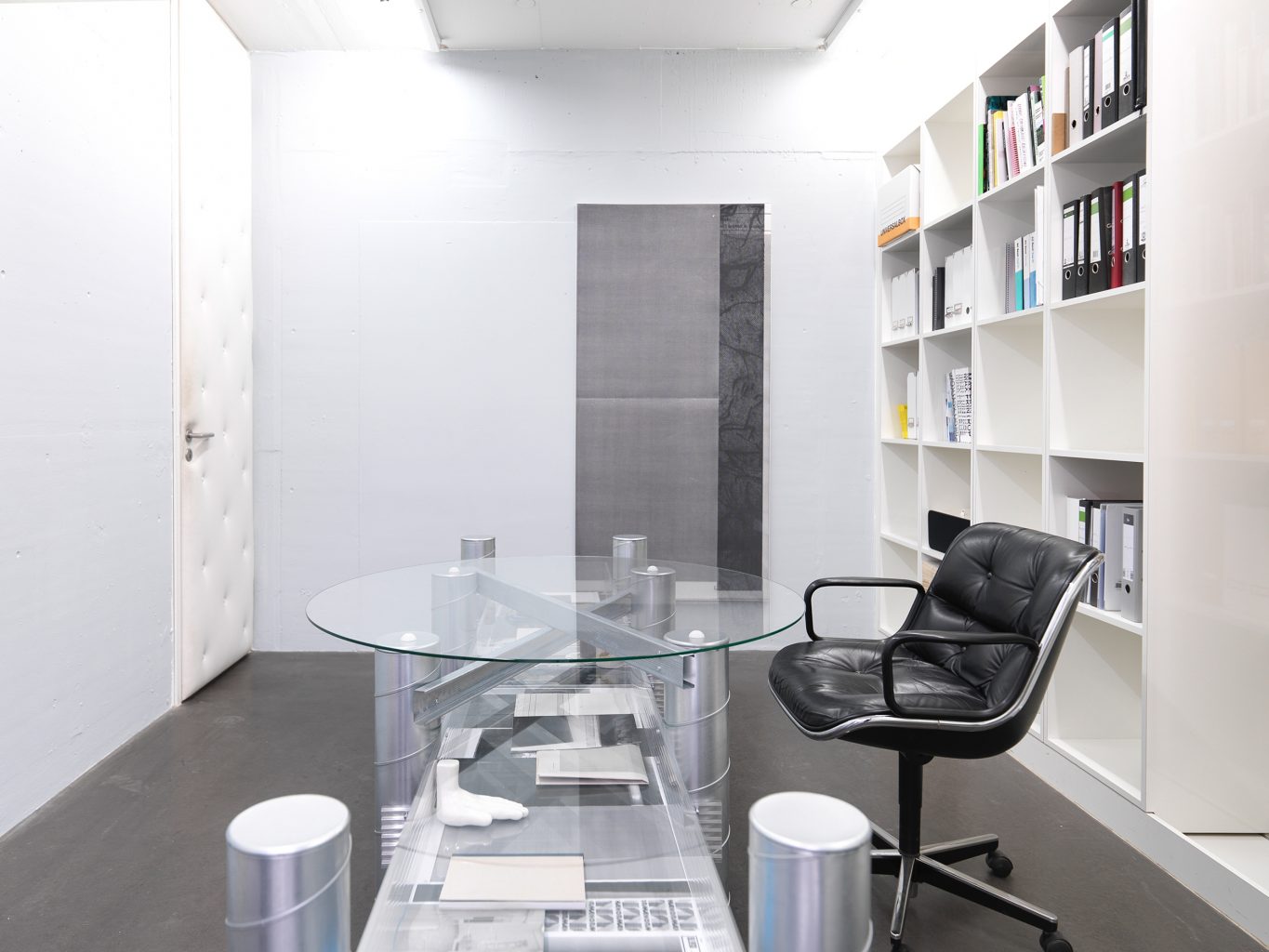 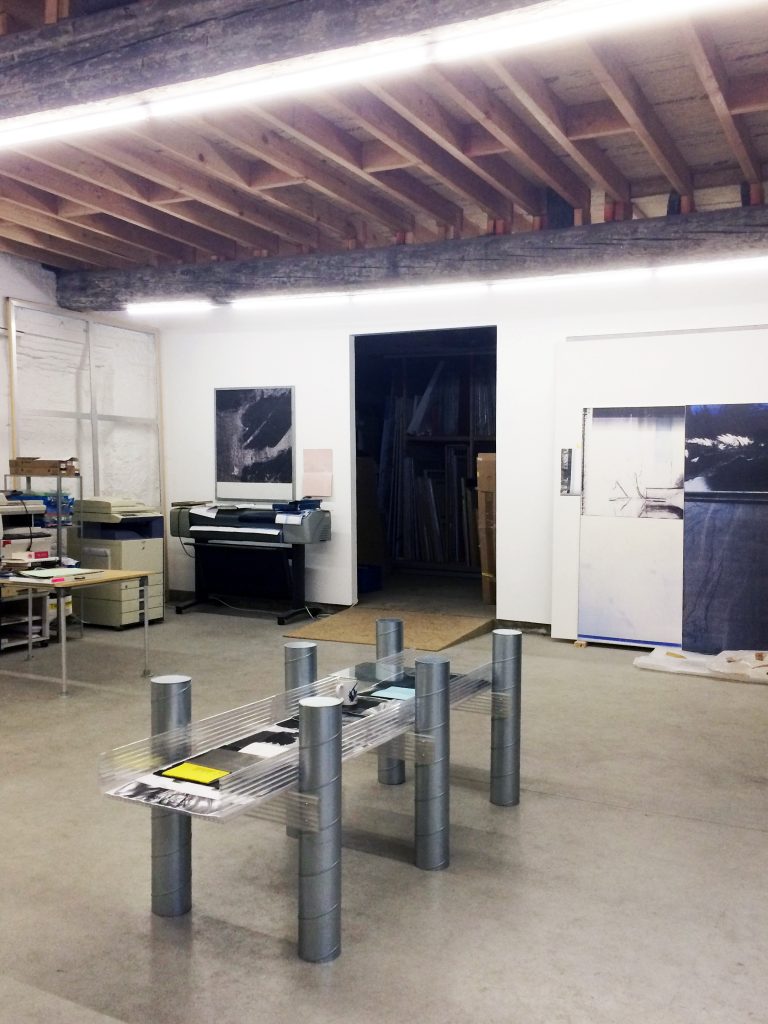 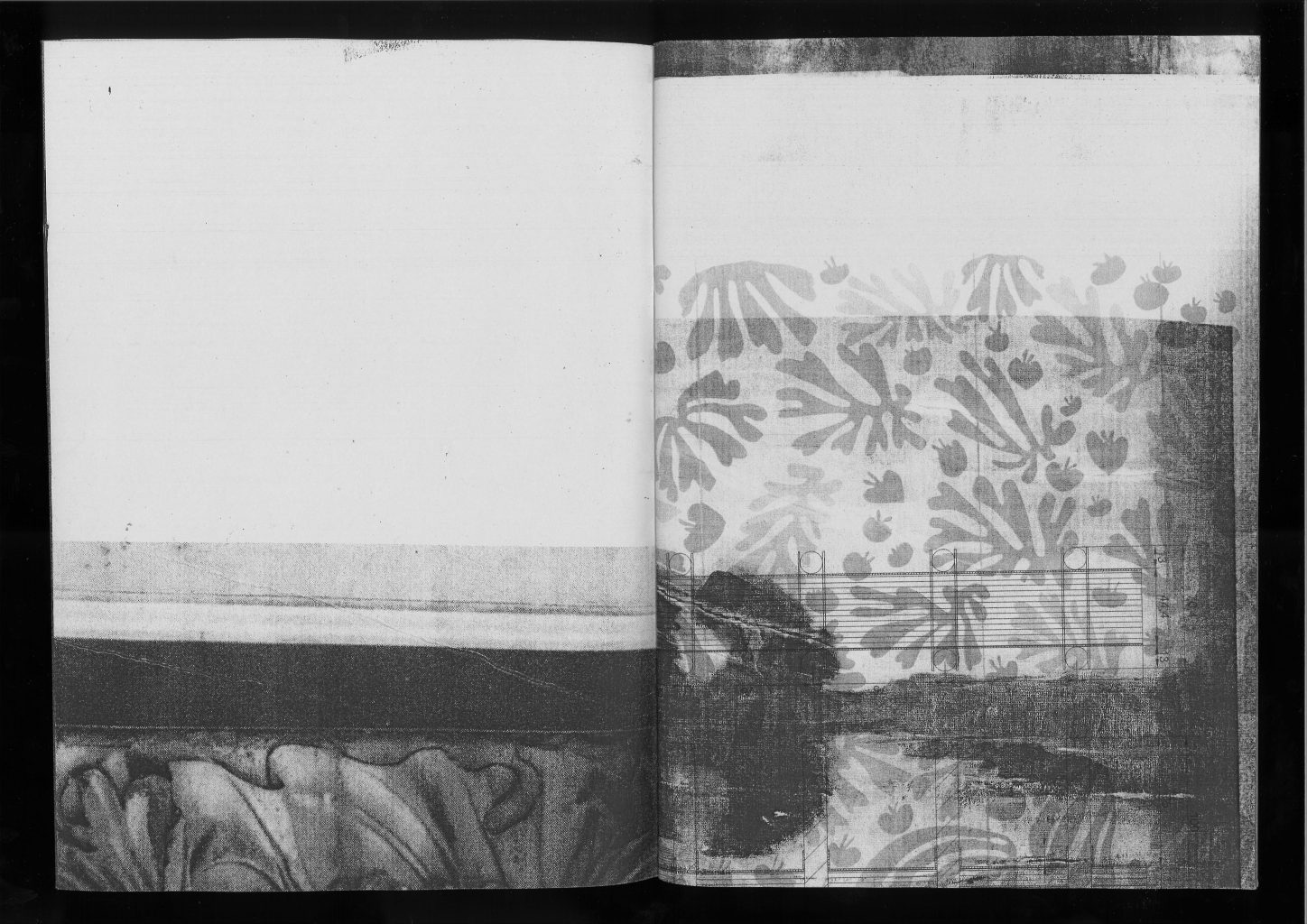 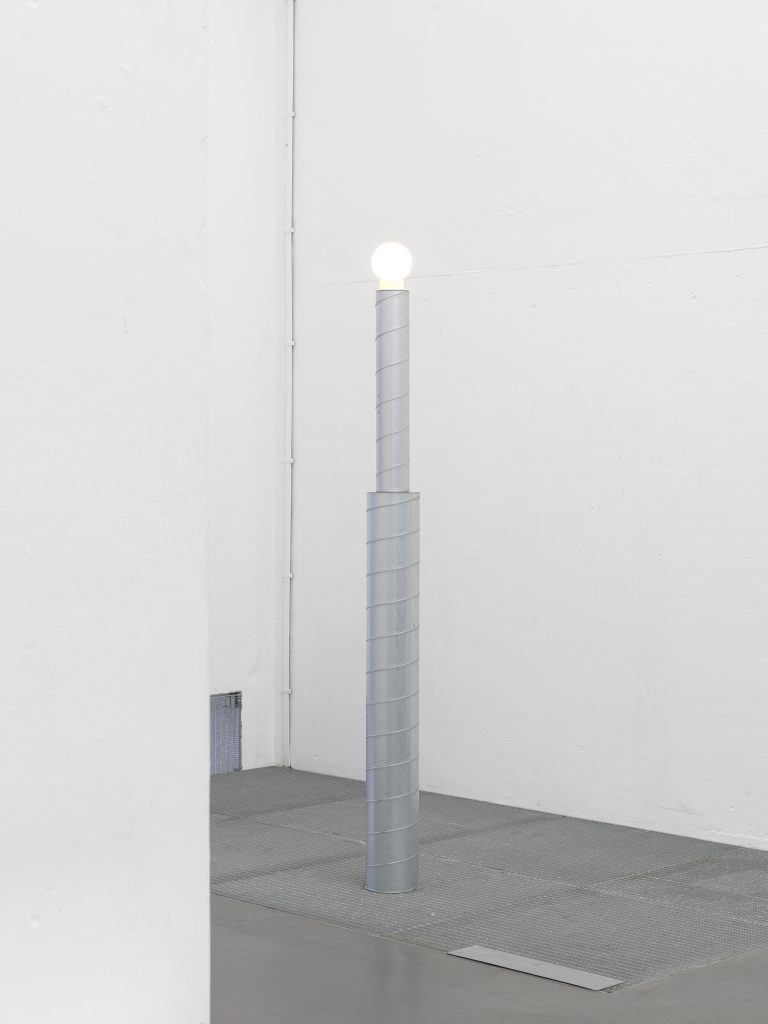 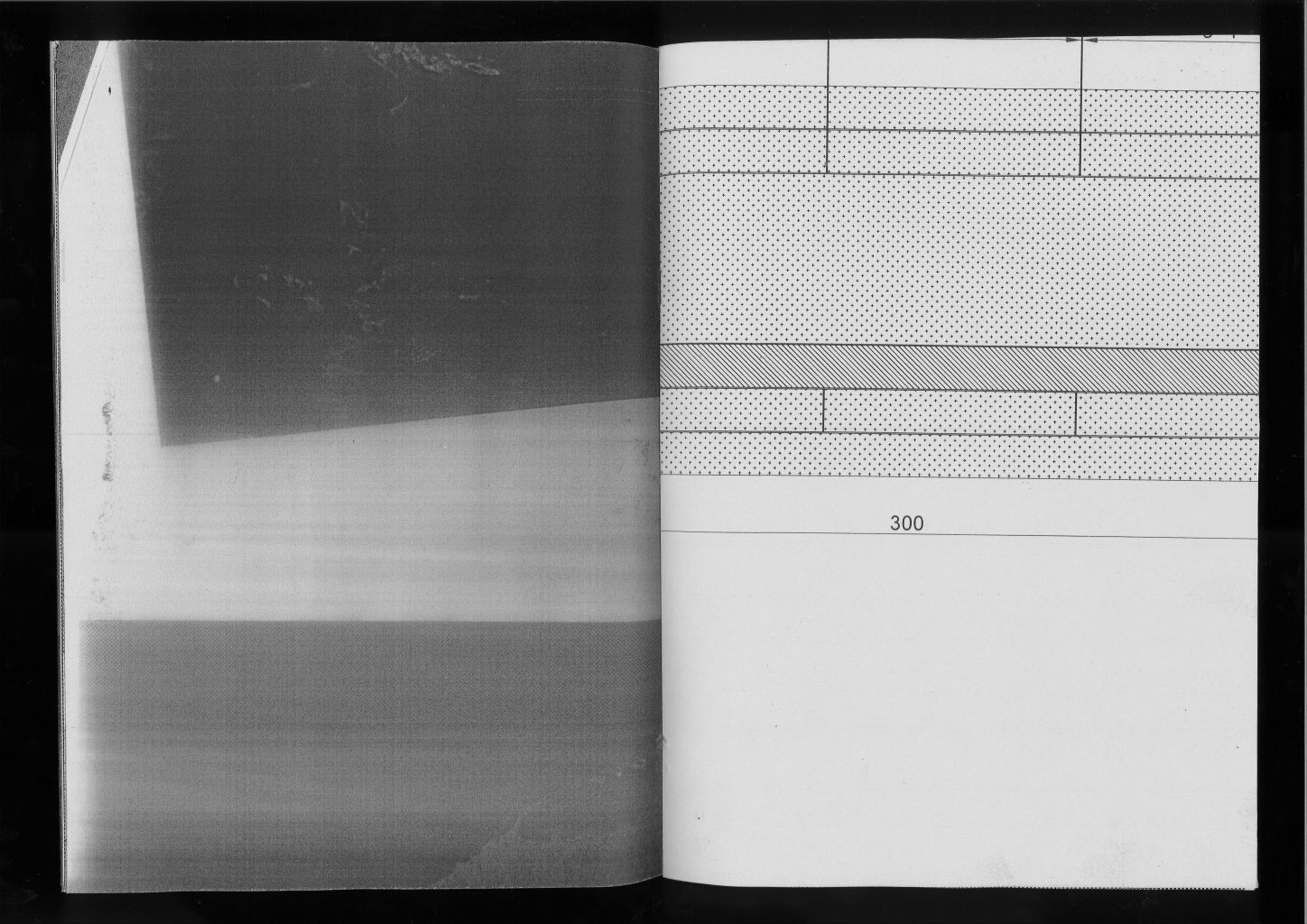 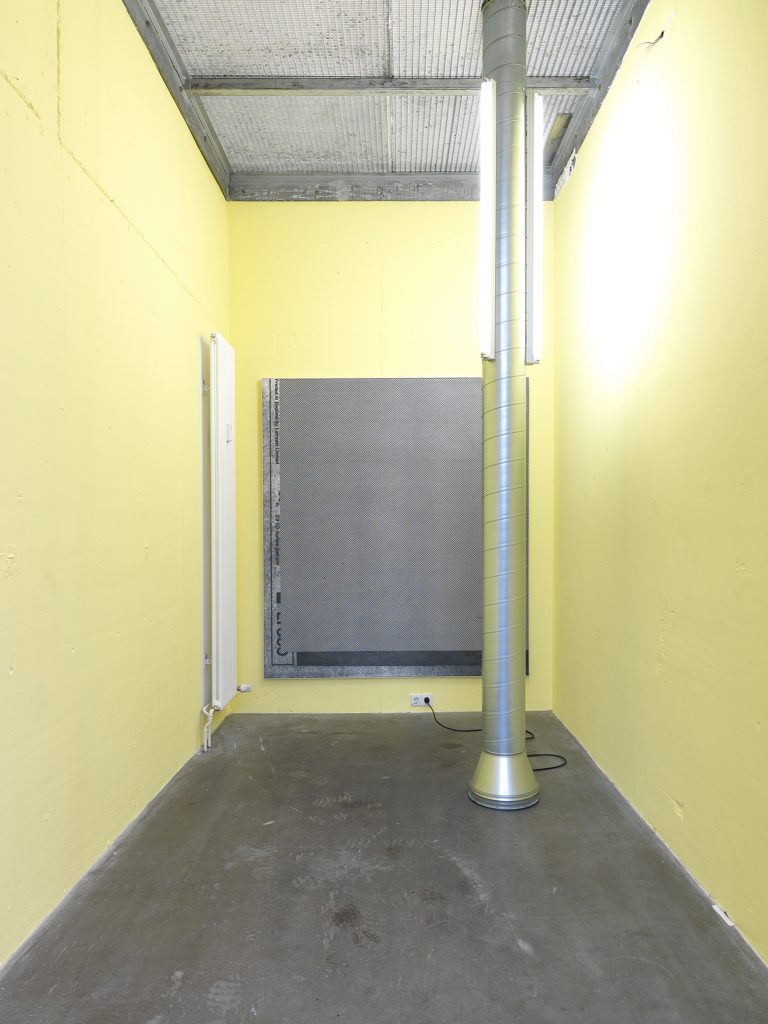 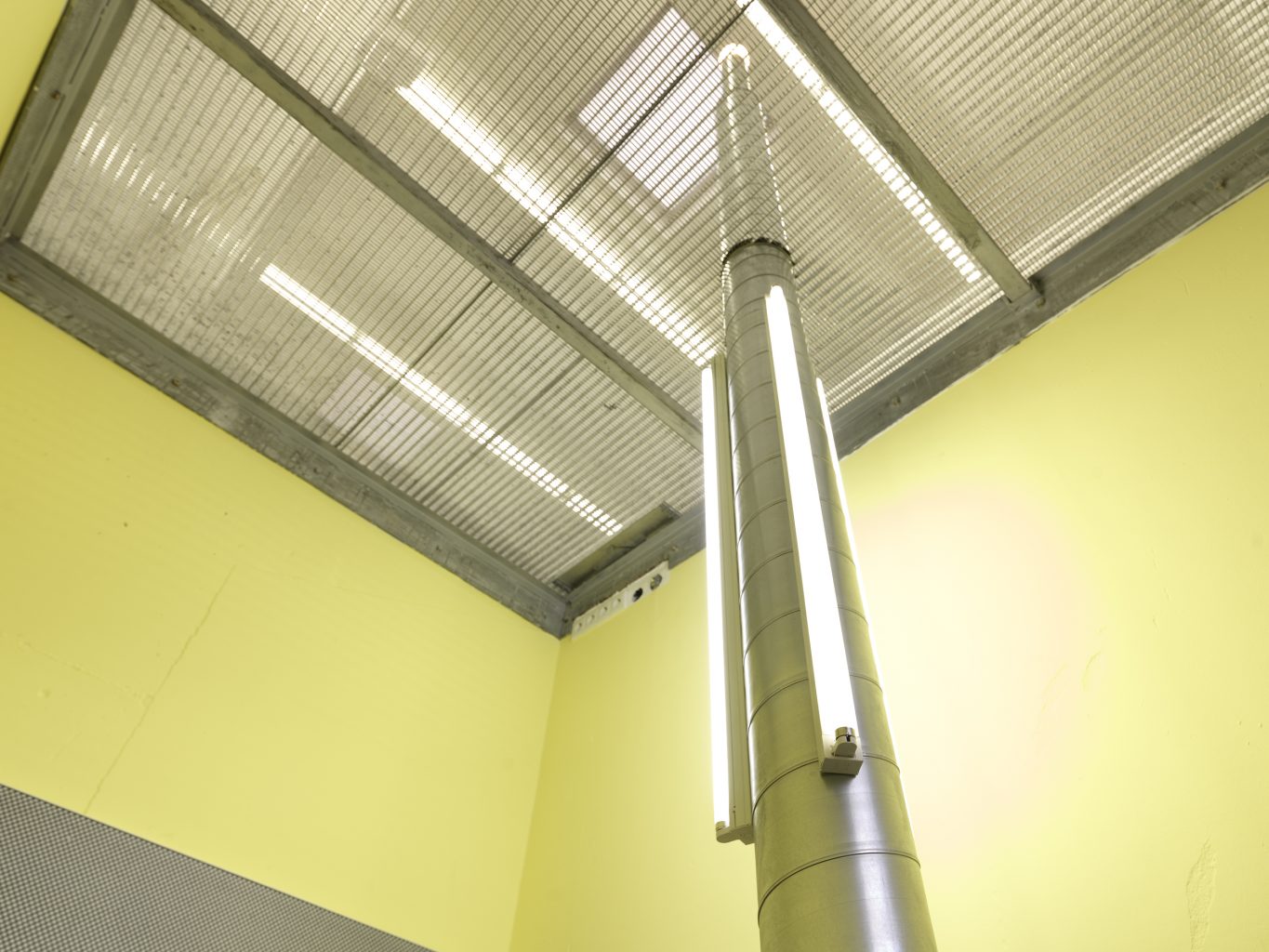 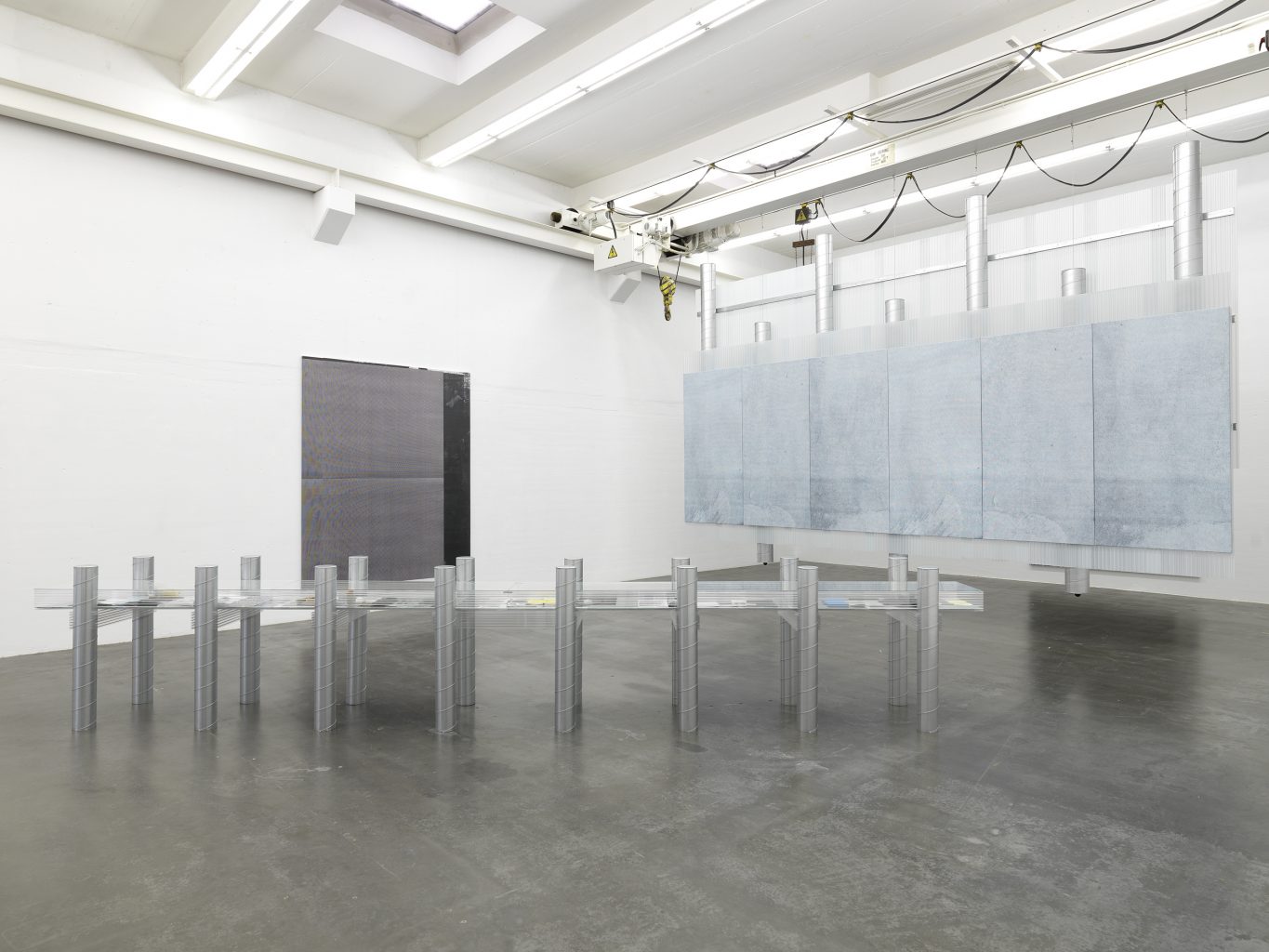 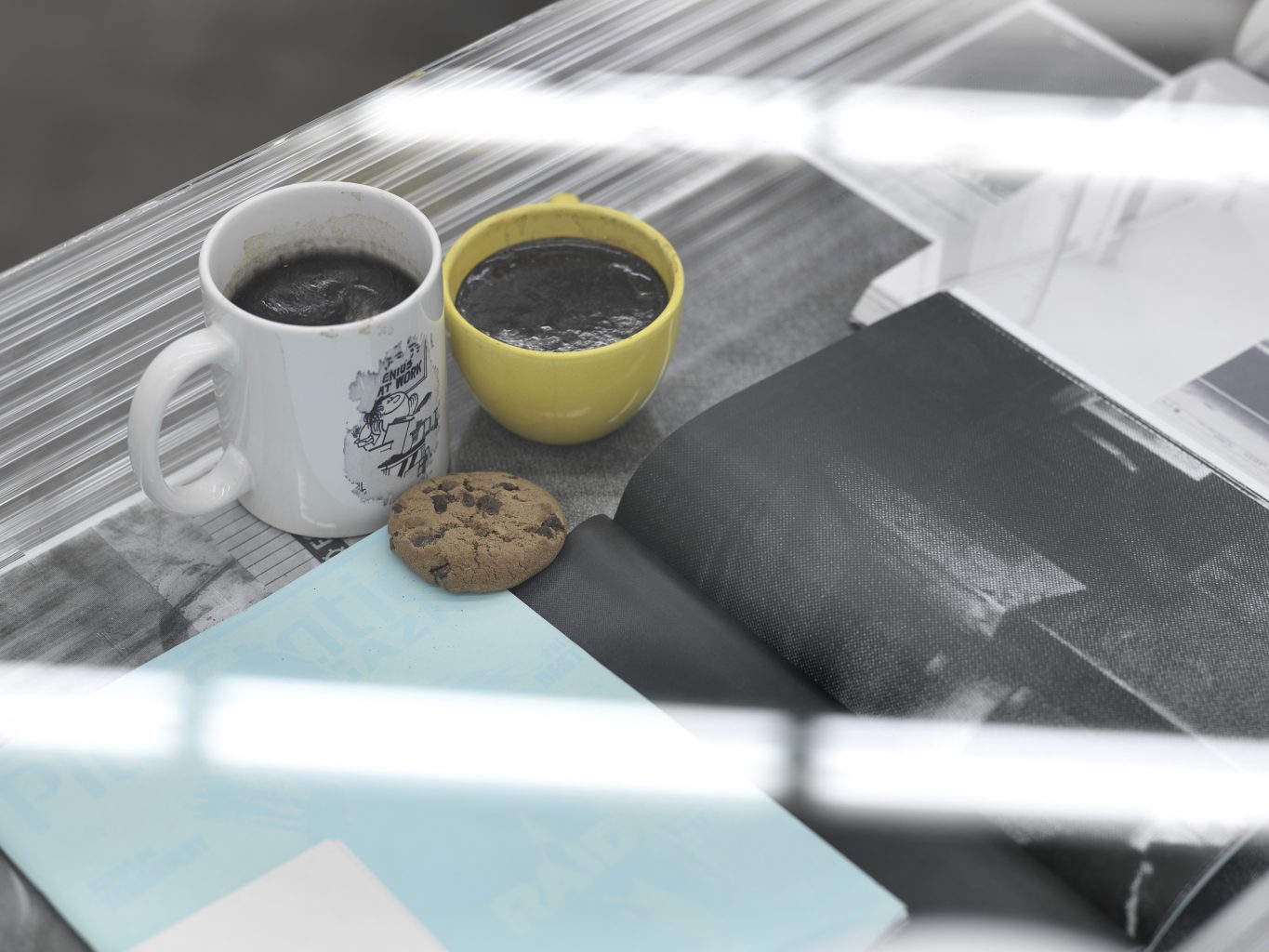 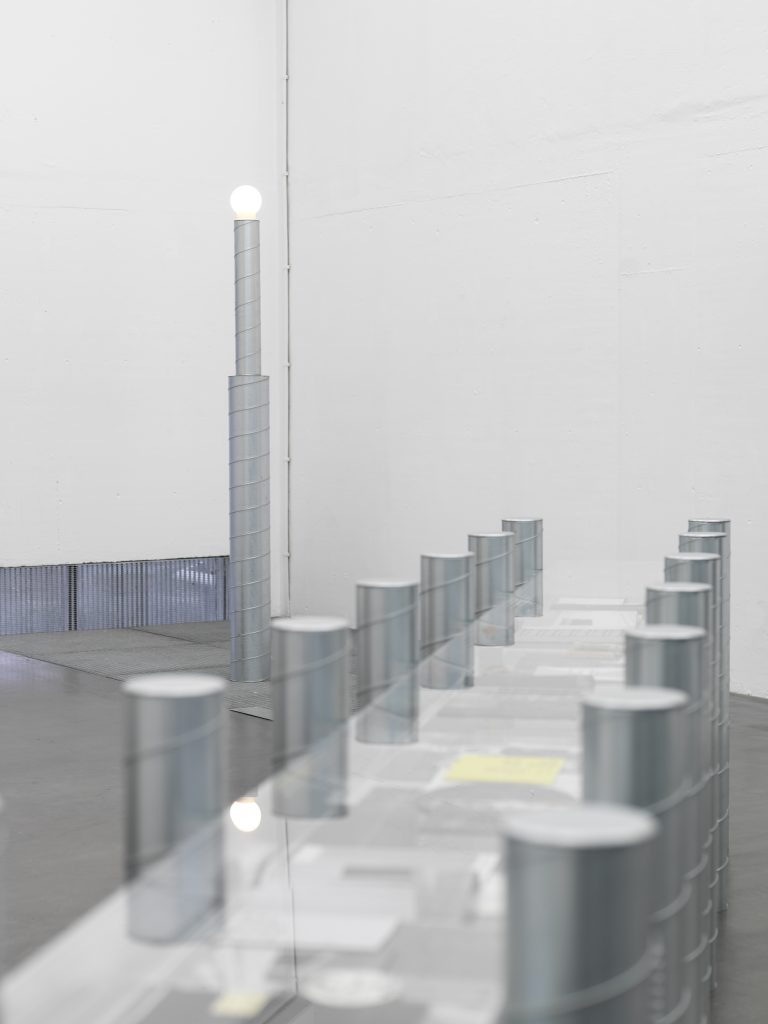 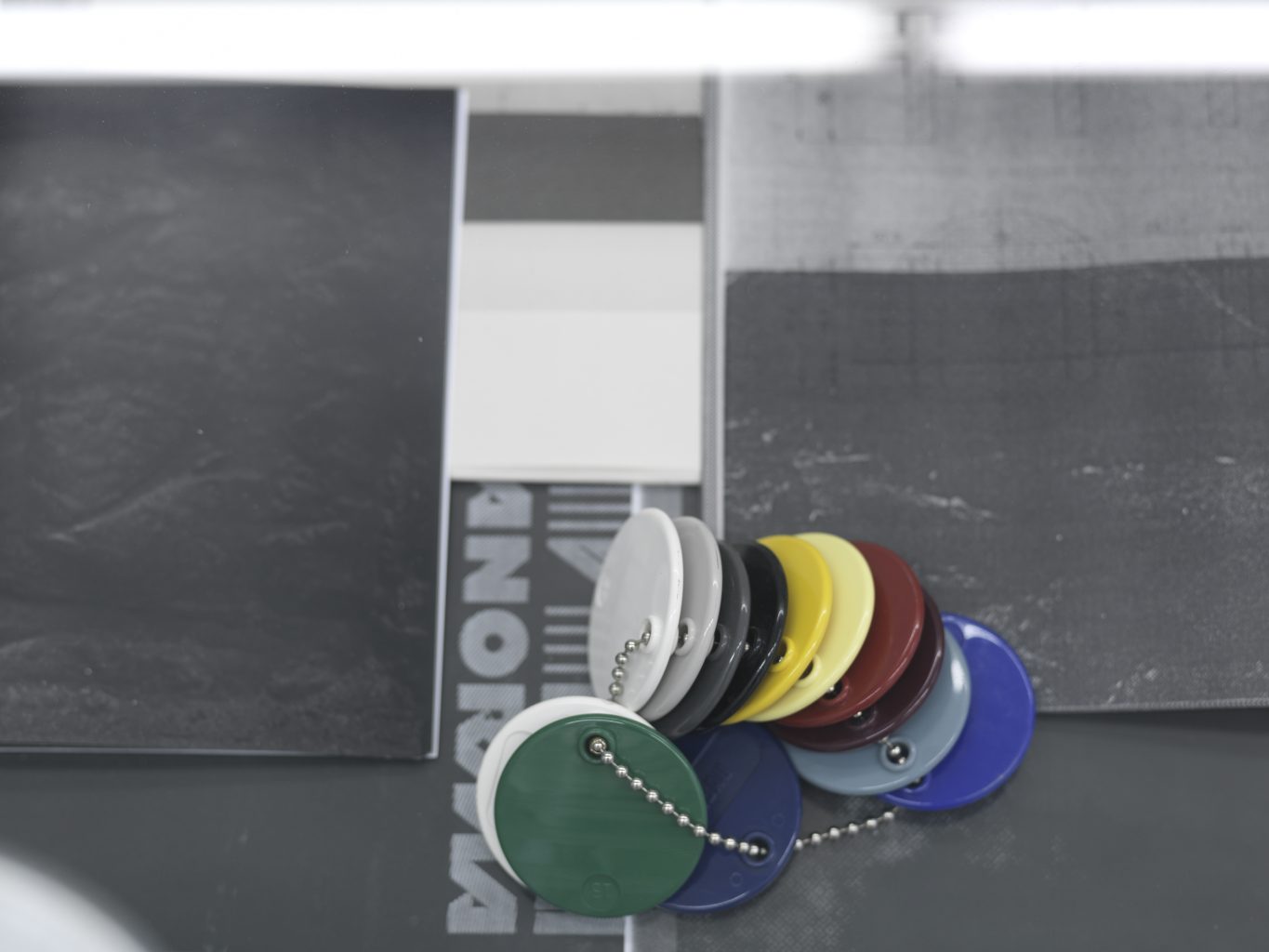 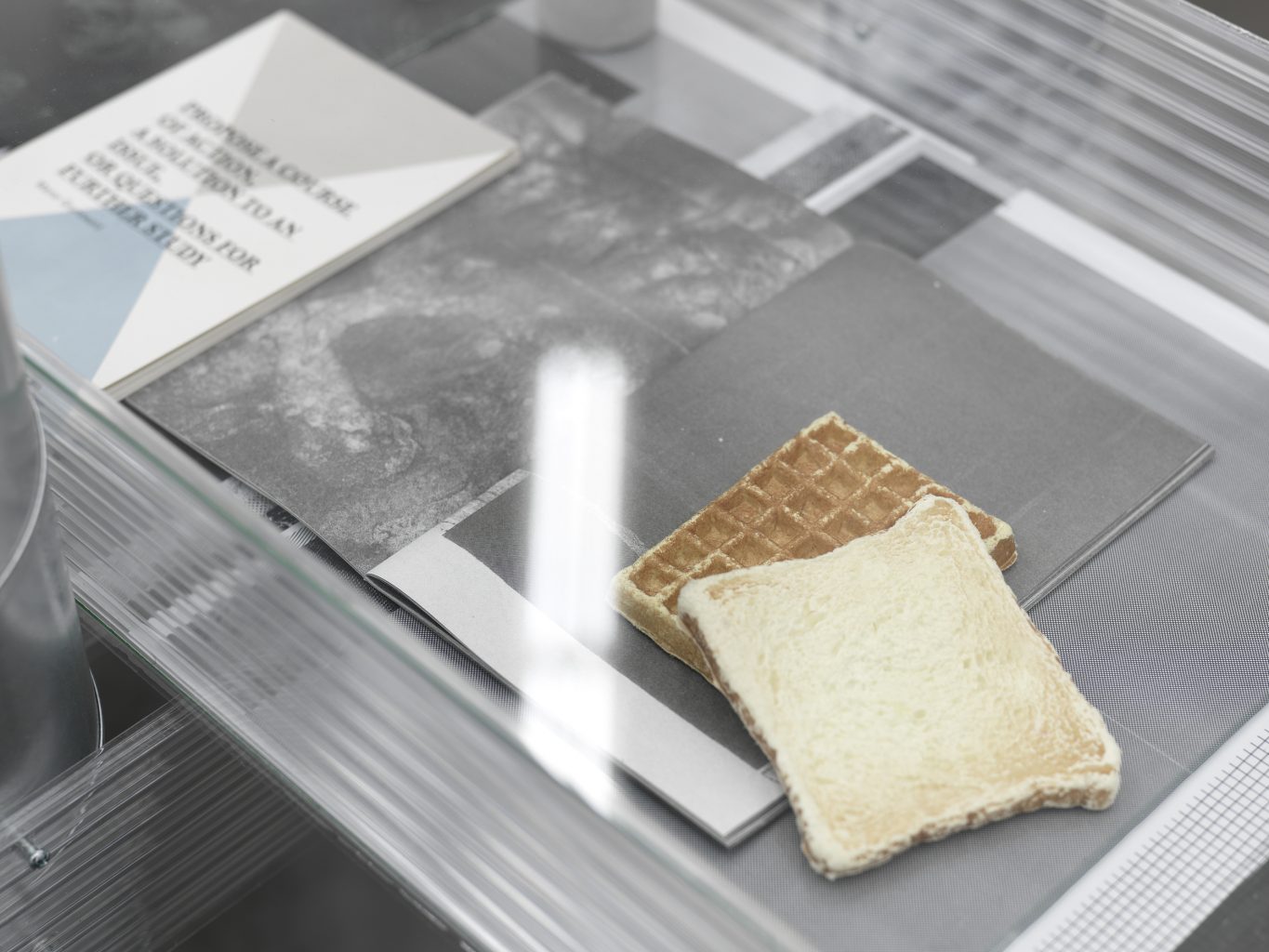 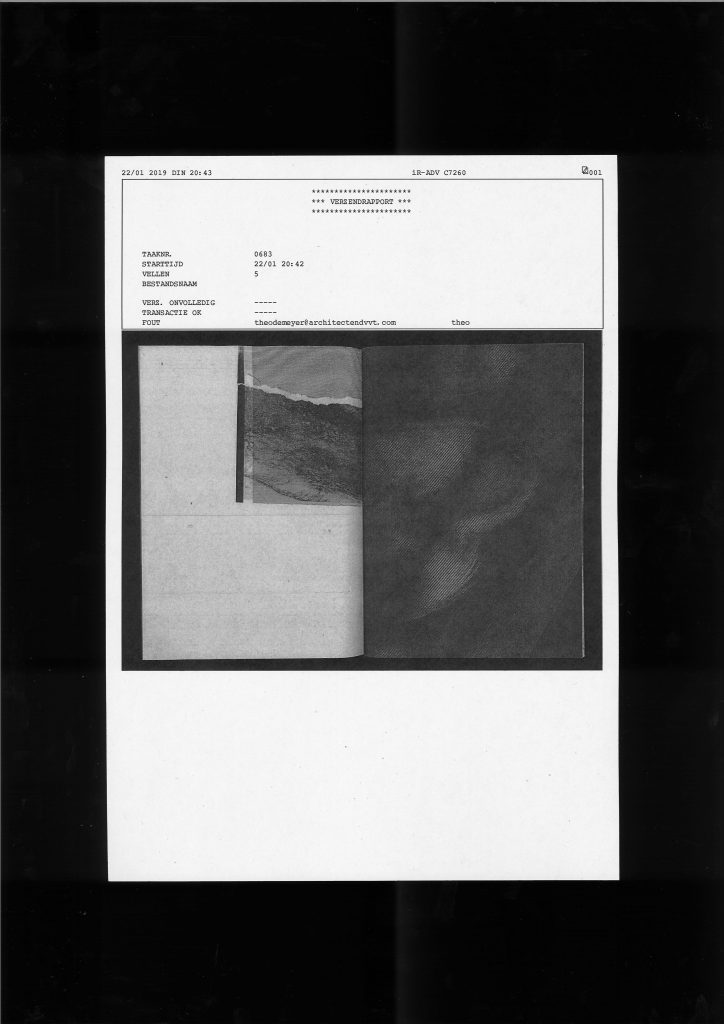 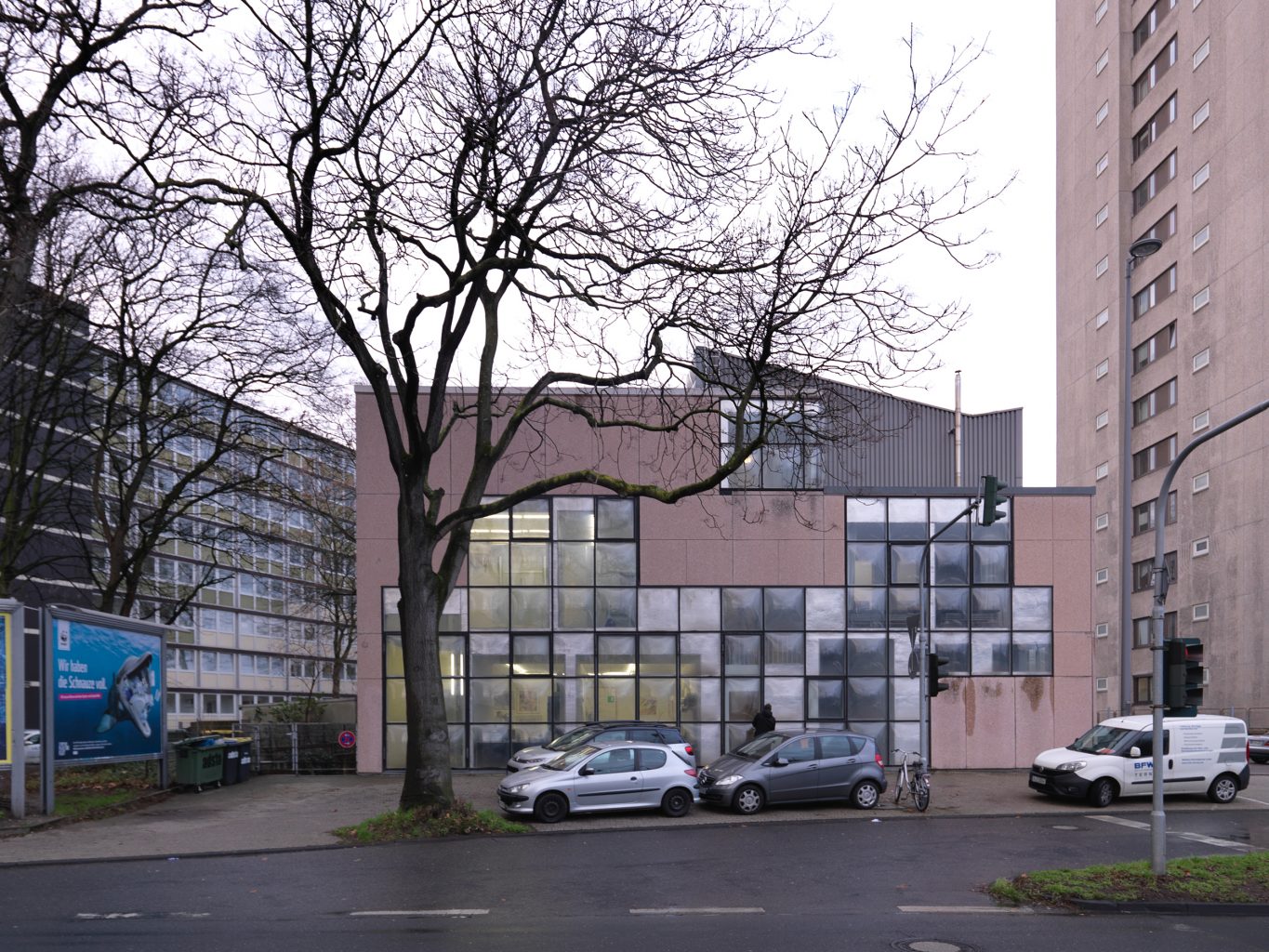 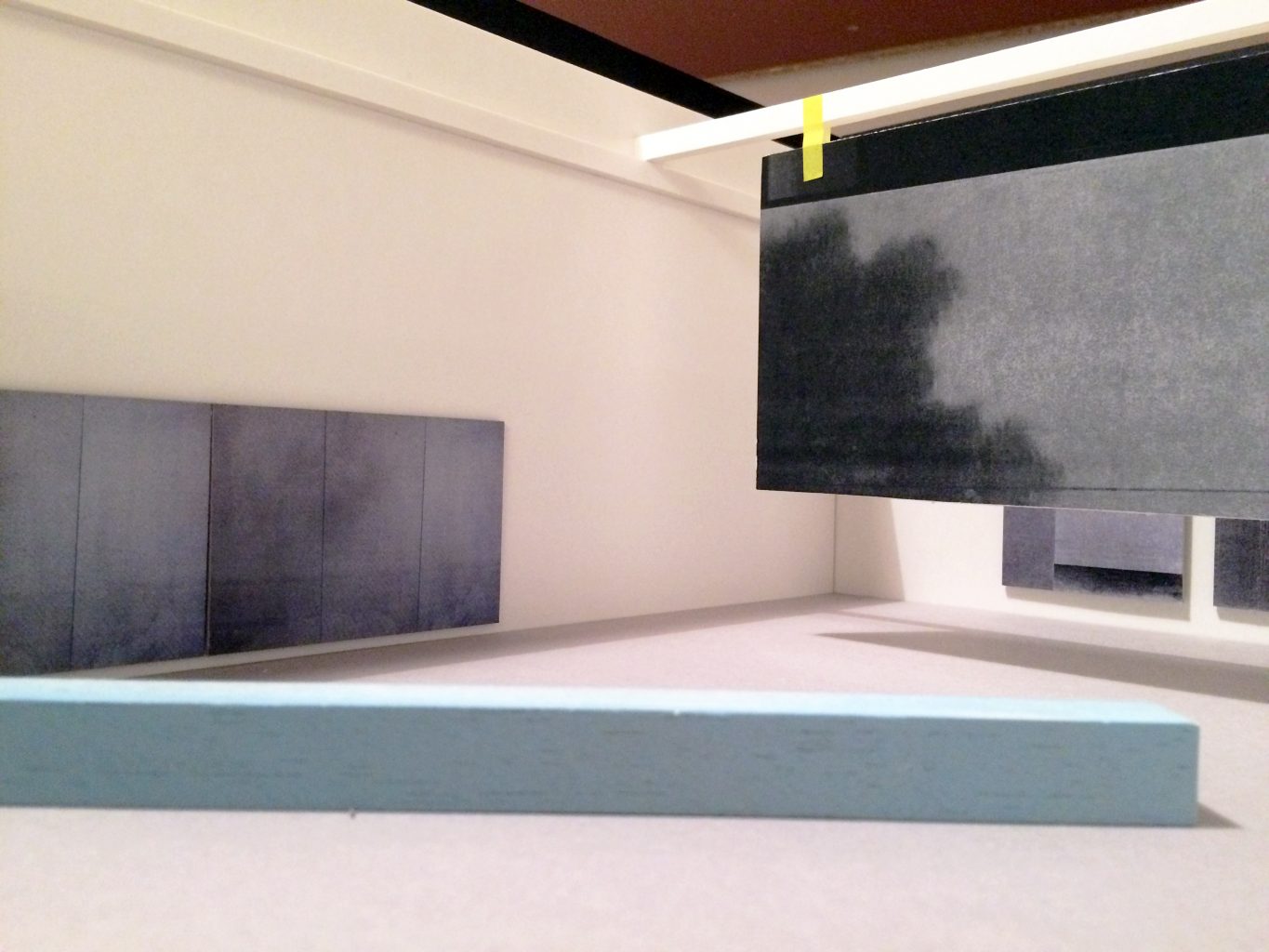 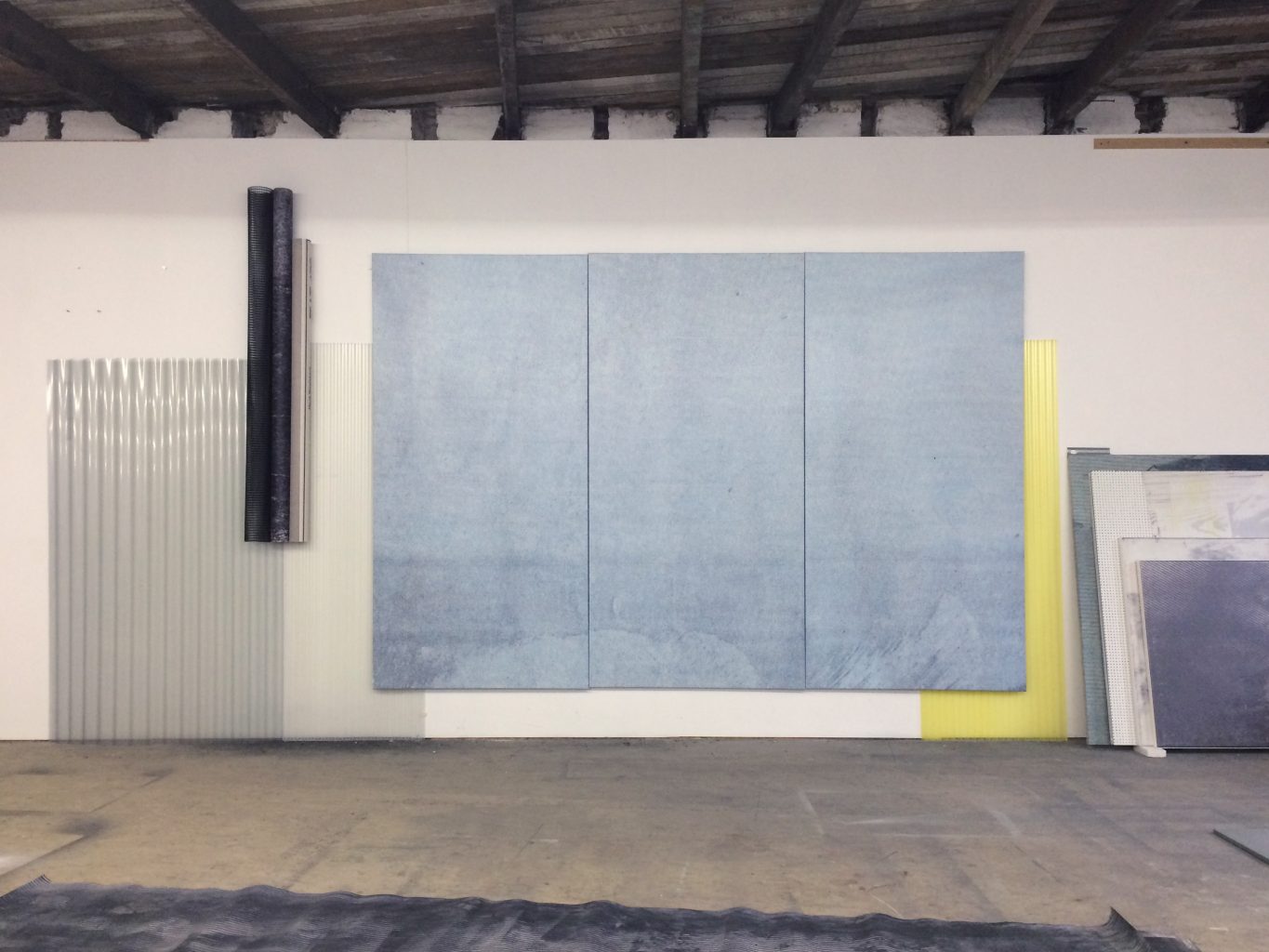 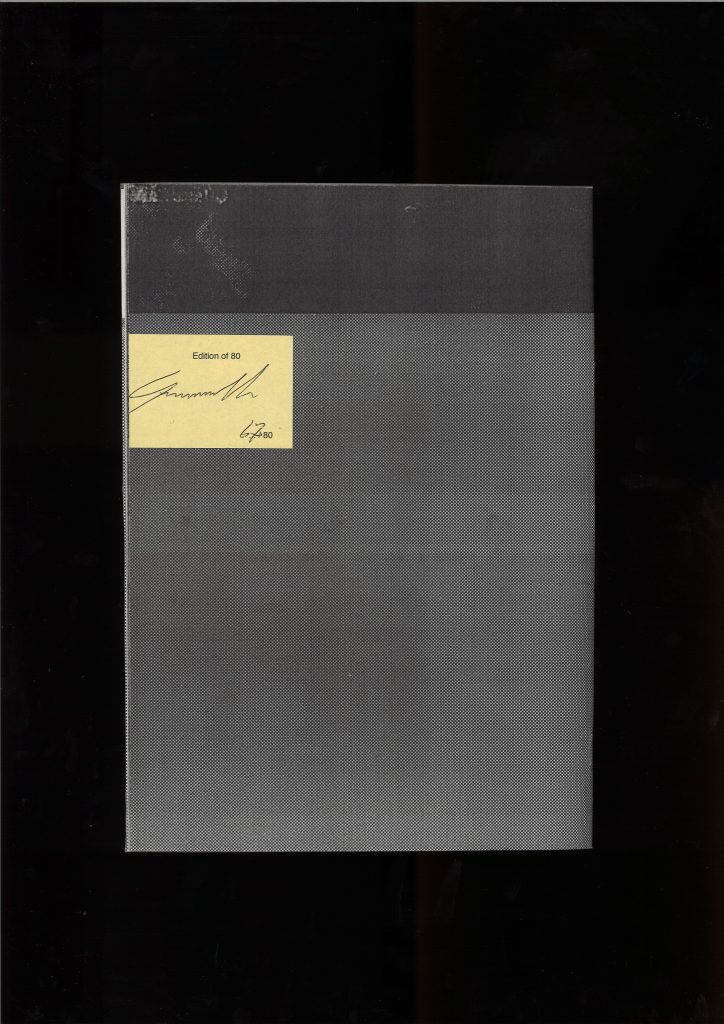 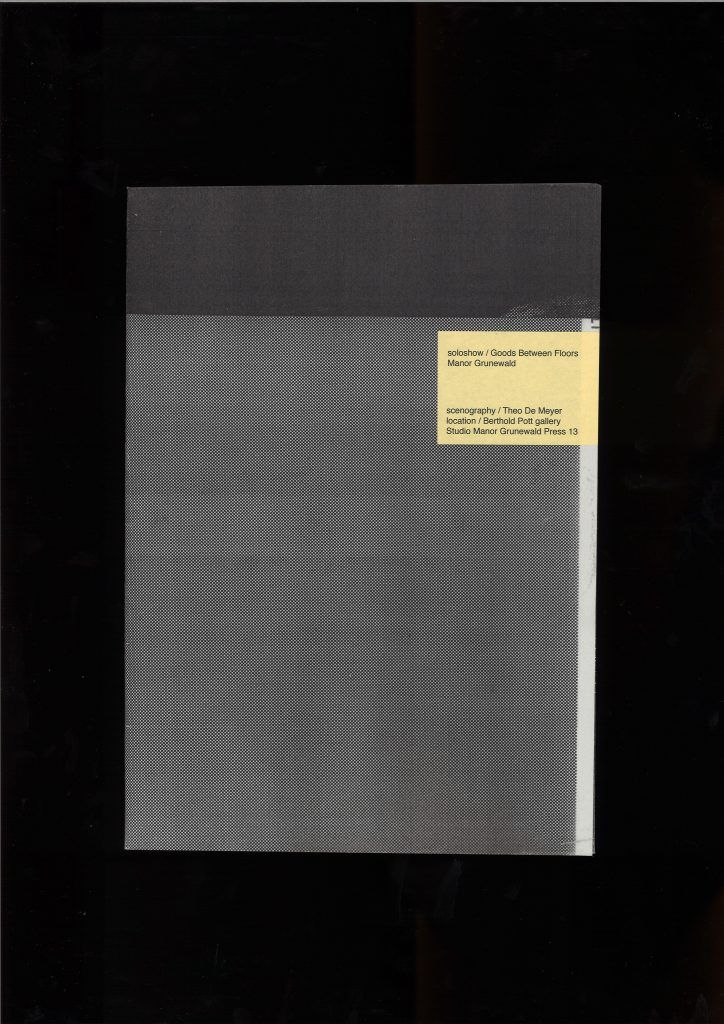 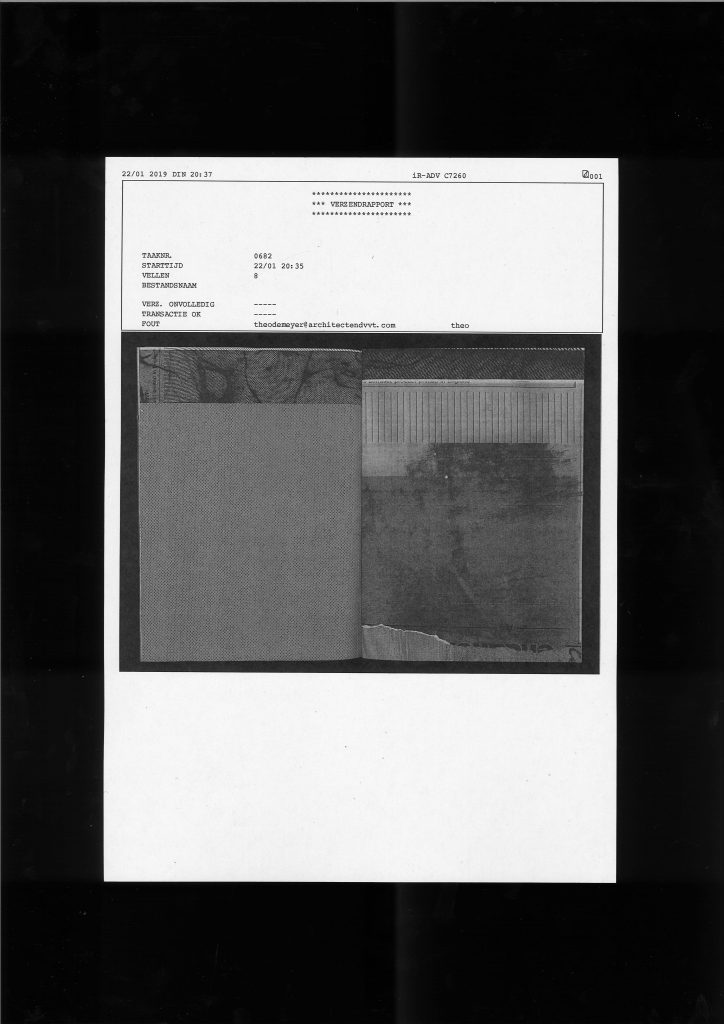 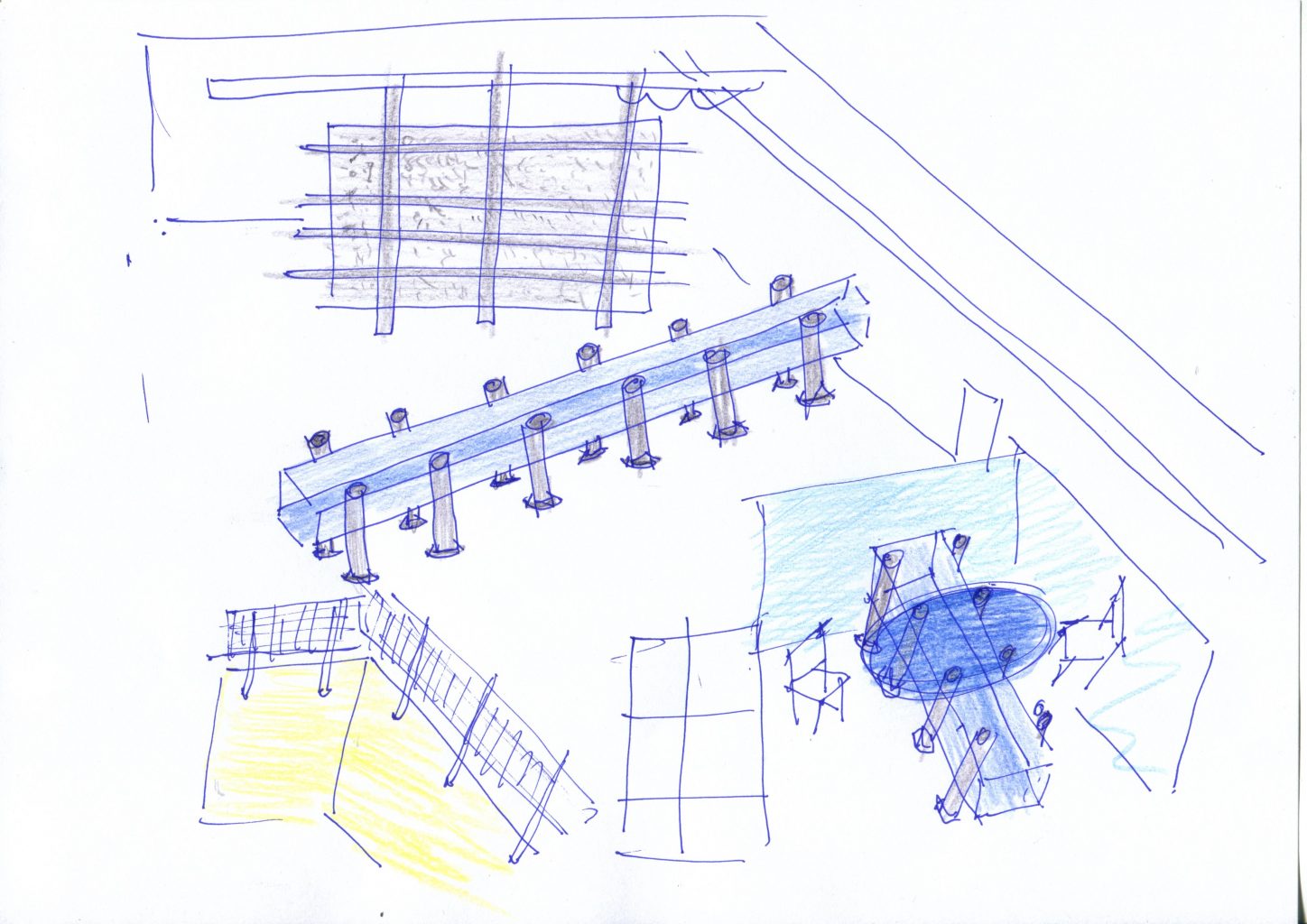 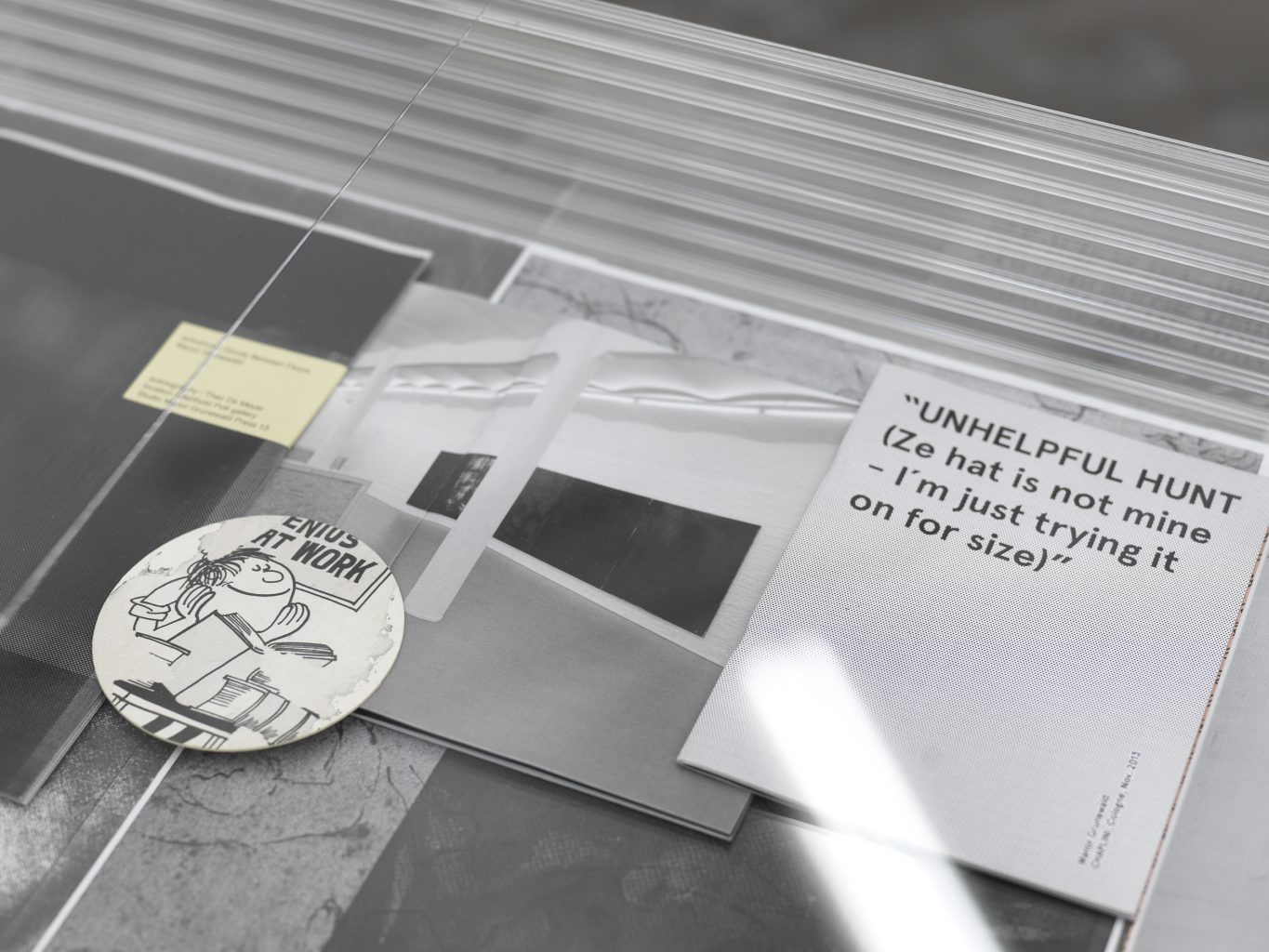 Goods Between Floors, 2019 - for Manor Grunewald

Manor Grunewald (b. 1985) lives and works in Ghent, Belgium. His work encompasses the genres of painting, sculpture and installation. The focus of his work is on prints in the broadest sense: with regard to the image, the material and the technical processes applied. Aspects of archiving, installation and the resulting references to the surrounding space can, however, also be found in his work – in particular in the present exhibition Goods Between Floors, for which Grunewald collaborated for the first time with a scenographer, the architect Theo De Meyer.

As a painter of the generation that stands for the transition from the analogue to the digital image, Grunewald is interested in the central questions of painting, such as: ‘What is “real”?’, ‘What do we actually see in the painting’, ‘What happens when the image is reproduced, and what is painterly about this?’ Manor Grunewald’s ‘image processing’ begins with searching for and collecting ‘image templates’. These can be derived from an art catalogue, a magazine, an advertising poster, a comic or something similar. This initial image is then subjected to various processes of transformation. Grunewald selects details, copies these, and then enlarges, collages and reproduces them. This process leads to ‘distortions’ – errors, colour transformations, incidents of light, etc. – especially since the artist proceeds ‘manually’: By cutting out by hand and gluing fragments of images together, this ‘manual work’ also becomes visible in the pictures themselves. When copying the pictorial elements, he also uses older copying machines, which, due to inaccuracies, transformations from colour to black-and-white and enlargements, increasingly allow the image to deviate from its original appearance. The result is a collage in which the various layers lie in front of, above or next to each other. After scanning, they are enlarged as a UV print and stretched onto a canvas frame. In the final image, analogue and digital aspects of both the image and the process unite to form an overall composition.

In printmaking, the material of the image carrier plays a decisive role. Grunewald’s work thus incorporates the textures and surfaces – and with this the perception – of the printed image on these materials. Different types of paper, films, synthetic canvas, resolutions etc. are the subject of his investigations and are used in the various stages of transformation.

Regarding the technical processes:

Grunewald’s technical means already described above, such as copying, scanning or printing, very strongly involve the moment of repetition or sequencing, but also that of chance. What can be technically controlled, and what, in turn, is falsified or altered? Incidences of light during copying, smudges or scratches on the glass plate of the copier are reflected and become an accepted or provoked design element. But Grunewald goes one step further and continuously finds himself in the field of tension between controlled composition and chance, ordering elements and chaotic structures. He thus also employs techniques used by graphic designers and printers in the 1980s and 90s: with the help of coloured films (e.g. from the Letratone company), with which paint is transferred manually in a dot grid onto designs and thus simulate printing results. Grunewald incorporates these colour films into his collaged paintings, not hiding the manufacturer’s logos and printed type descriptions, but rather incorporating these into his reproduction processes, so that these dot screens and lettering often remain visible in the final picture.

Installation and the reference to the surrounding space:

In the current exhibition – Goods Between Floors – Grunewald collaborated with the architect and scenographer Theo De Meyer. Together, the two developed an exhibition and installation that confronts the spatial conditions of the gallery. Just as, within his creative processes, Grunewald repeatedly juxtaposes different levels, such as original–copy, analogue-digital, manual-mechanical, he has also arranged the exhibition in the gallery on different spatial levels, thus creating multi-layered perspectives. In addition to the gallery’s exhibition space, he has also cleared and incorporated the storage room and office of the gallery located one floor below. Together with Theo De Meyer, he also built a large girder construction on the hoisting crane on the gallery level. Various layers of material (sheets of corrugated plastic, aluminium supports) become visible and float freely, recalling to an altar and serving as a presentation module for his six, equally sized paintings.

Beginning in the storage room, which he painted in the yellow tone of common copy separating paper, an aluminium column rises up from the floor and through the steel grid into the gallery floor above. The separation between the lower and upper floors is thus ostensibly broken through, and the two floors are connected to each other. This yellow-illuminated storeroom cube, in which Grunewald has hung a 2×2-metre-large painting frontally and centrally next to the lamp, radiates onto the forecourt of the gallery and gives the impression of being an energy cell.

In the gallery space itself – in addition to the large, altar-like hanging construction – attention is drawn to a roughly six-metre-long presentation table designed by the artist, which extends diagonally through the gallery, supported by aluminium legs. In a long glass display case, Grunewald presents printed documentation of his works and exhibitions of the last ten years. These are complemented by studio utensils, such as coffee cups, old slices of toast and pieces of sushi – props from both good and bad periods of the artist’s career, which he self-ironically integrates. Documentation of the work and the work itself become one. In this ‘main space’, one also finds two large paintings and a small wall piece.

The gallery’s office has also been emptied by Grunewald and Theo De Meyer, who painted it blue-grey and installed a desk-like construction of the same elements found in the main space, namely a glass display case with aluminium legs. Hanging on the wall of the office is a further painting by the artist.

In Grunewald’s exhibition Goods Between Floors, individual works and documentation are staged within the space as installations and combined on conceptual and spatial levels to form a multi-perspectival treatise.